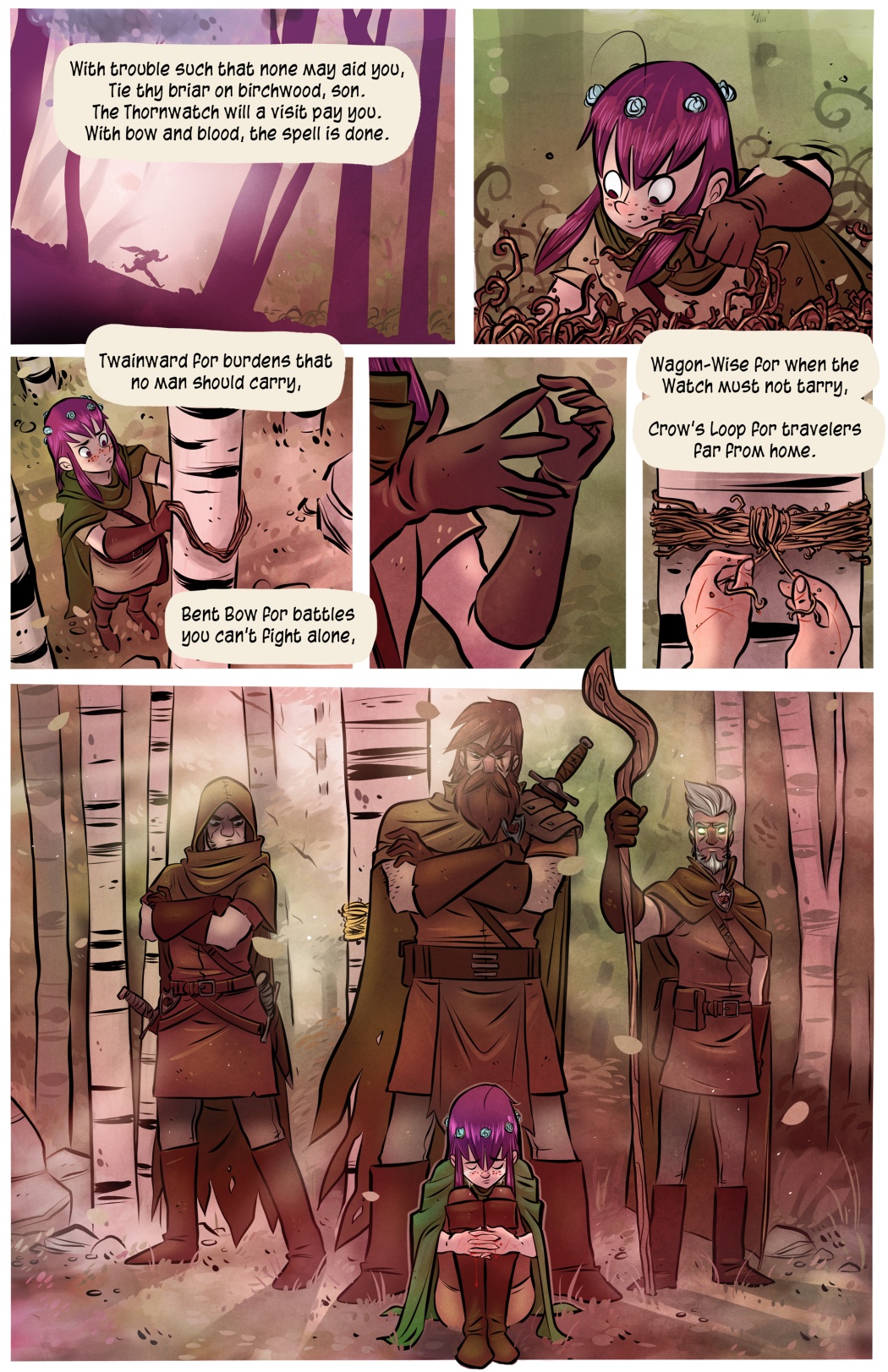 I'm gonna leave his up there; no reason to move it, so far as I can see. We're both doing the same thing now.

As he suggests, there are stern proscriptions about a Lookout calling the Thornwatch. The three part poem he mentioned lays it out pretty clean. There are linkages between the last page there and the current project, in the form of that archetypal warrior, one of the classes you play in Thornwatch. They're all playable, really. You've got DPS to the left, and hard support to the right. You're missing a Mage and a Brierlock, but that's down to the knot she chose. Any of the other three might have demanded a bit more mystical torque.

Even though there is clearly a strong cultural no-no machine telling you not to summon them on what is functionally penalty of death, the same voice also tells you precisely how to do it, and why you would. That's more or less my experience of culture; warring narratives and fucking nonsense from a circus of spiritual and secular priesthoods that all claim to have it figured out. But Hanna isn't a Lookout - she's outside that machinery altogether. She doesn't know why you might not summon a raft of brutal teleporting oathbreakers, which are arguably worse than the other kinds.

I like the last panel, because, you know, just look at it. But the fact that she can't have her gloves on for the ritual is probably my favorite part. It really is the weirdest feeling to be a fan of something, but also be the creator of that thing, in a position to make more of it. And we can make it out of nothing but time.