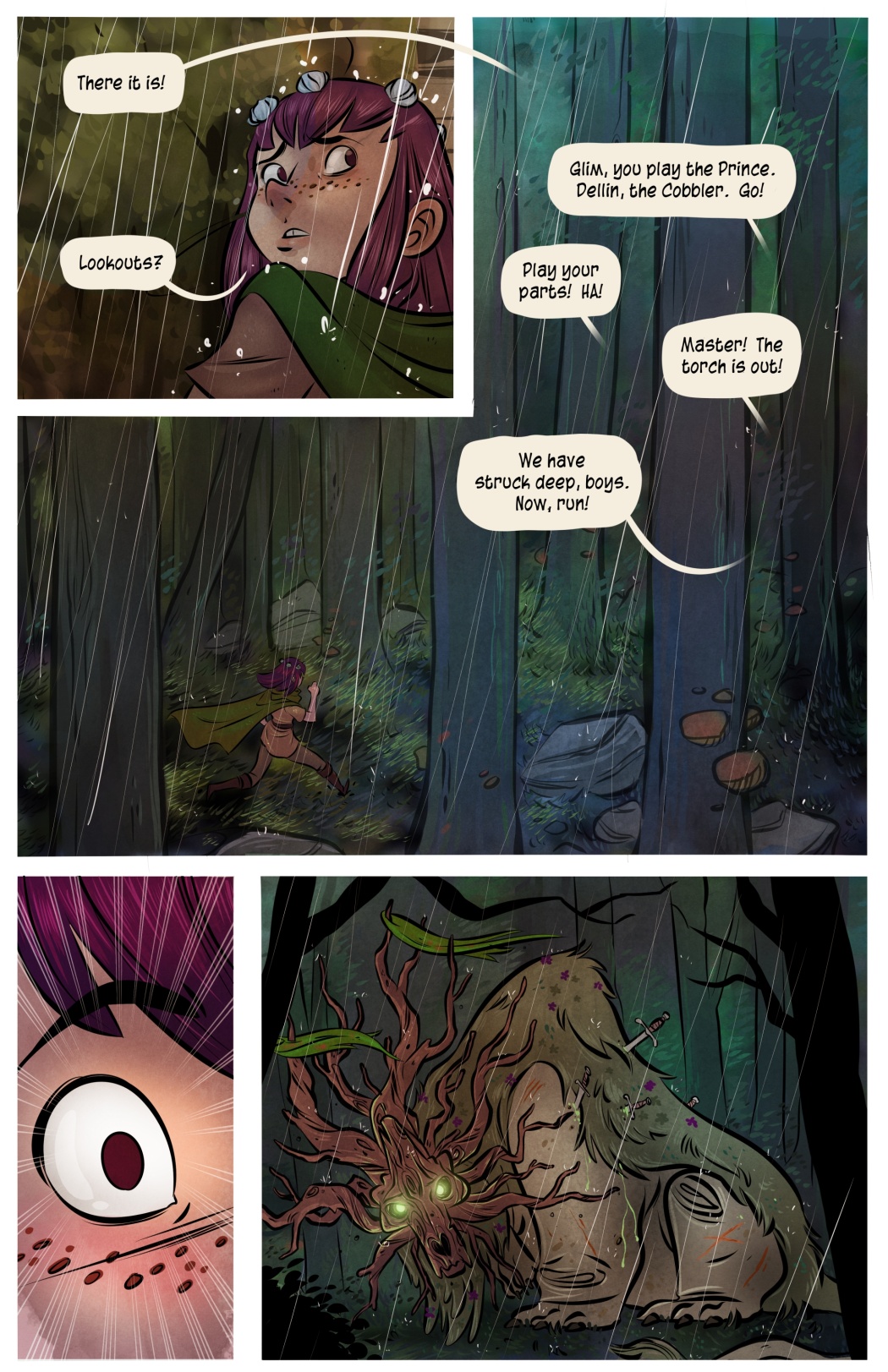 I mean, is that a crossover? I don't even know anymore. It's ceased entirely being three things and has become a kind of ecosystem, which… actually, that makes a lot of sense.

I made the mistake of loading up the Card Hunter page while I was writing the post, so I could… I honestly have no idea what my original plan was. Something else happened in the interim, something related to cards and the hunting of the aforementioned; I'll get back to you.

My mind has been elsewhere generally. Things fell into what is, for me, an ancient rhythm: I work at work and play at home. My days tend to be alloyed with my own endeavors and other people's projects, there's no switchman shunting different tasks. There's no way for me to "stop" writing, by my own definition, but for some reason when we're basically delivering these bricks of content as opposed to strips it fell into a timing I haven't really had in this "job."

For some reason, I suspect it's to do with the imminent arrival of platform successors, I have been going backward in time. On the computer, it's all new stuff - and it's amazing. I just bought my co-conspirator a gift license for Ironclad Tactics, just so he could know what I've been going on about this whole time, why froth collects at the corners of my mouth when I talk about it. Outlast, Amnesia, I'm doing all the artisinal, farmer's market, walk around and be scared shit.

You know what I'm playing on the 360? The 360, which is more or less a machine for playing Nike+ Kinect Trainer? I'm playing Dark Souls. And not to get ready for the next Dark Souls, Dark Souls 2. I'm playing it because I loved it, and I never played it enough because I am perpetually driven to cover new ground, and here soon playing it is gonna be kind of a pain in the ass because I am going to have gut this entertainment center in short order. I'm playing horror games on my other machine, but they don't scare me as much as Dark Souls. This is the fear I felt playing Zork for the first time, when I was seven or so; when there was only my mind to render it, to parse its vastness. And always, always and forever, the sense that I was being watched.

Gabriel is out of town, so I'm not sure if he'll be checking in with his customary heap of sketches and scans. Which is too bad! I've really enjoyed those.