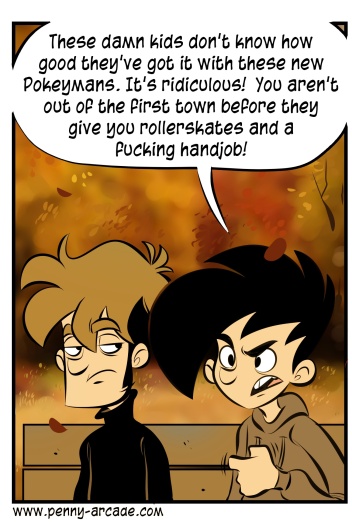 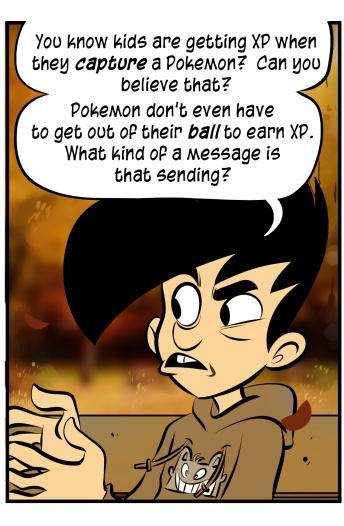 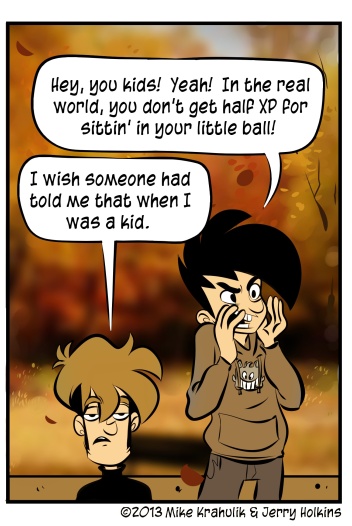 As I discussed with Gabriel, in a conversation that will ultimately be distilled into podcast form, there is such a thing as a Pokemon Fan. There are many routes to this fandom - Pokemon has the highest brandwidth, both in burst and raw throughput, of any property on Earth.

A person thus primed to collect if not "them all" but "as many as possible" is going to purchase a game for their Nintendo hardware that says Pokemon on it. But they have been especially well rewarded this time, far surpassing any requirements. For non-players ("poke-non"), it might be hard to conceive of the improvements. Sometimes they're bored into the substrata of the XP system, or constitute creature comforts that streamline a kind of play that might not make sense to a general audience. But "completely remaking the entire menagerie in 3D, with ridiculously characterful animations that imbue these well-loved creachoids with life" is something anyone can know. I enjoyed the new 3D Dex, but good God. It's gross, now.

Fanservice is grouted into every crevice of this fucker. I am in no way hardcore about this stuff, and even I titter on occasion. It's hard to be a curmudgeon about it, though some will find a way. Almost everything in these shifts make the game broader without diluting it, which is a difficult business.

Purely for Dork Purposes, I think you should take a look at the Kickstarter running for the Picobrew Zymatic Automagical Beer Portal, even if you have no intention of manufacturing intoxicants.

I back a lot of hardware on Kickstarter. If you back a lot of hardware on Kickstarter, you know that you back a lot of "cool ideas" people have for hardware. I've done very well on this front thus far - the Pebble legitimately does all the shit I wanted it to do. Did it come out quickly? It did not. There were many problems, among them the fact that different colors of plastic behave differently in the mold (???). I have a Nocturn coming, a reimagining of the espresso machine, which has also had a long road en route from the realm of pure imagination.

What PIcobrew is calling the Zymatic might have applications for the home brewer, but it's actual purpose seems to be acting as an intelligent, reliable sketchpad for industry professionals. The cost is substantial, and it's already funded anyway - I'm not trying to make you buy it. But there's a marked difference between what they're pitching here and what I usually see. I was able to scam my way into a walkthrough of their lab via my friend Dikla, and the best, best part was seeing evidence everywhere, everywhere of previous failures. I must have seen four different versions of the brewing box which all must have seemed like good ideas. You can, and should, check the Kickstarter page just to see the haunted island they work in, ensconced by twisted creatures borne of noble intention.

The next time someone asks me to fund their revolution, I will be looking close. Is there blood everywhere? Are they surrounded by broken shit? Are they filming their pitch video, gesturing with a shredded hand that barely meets the definition anymore? These are my new prerequisites. 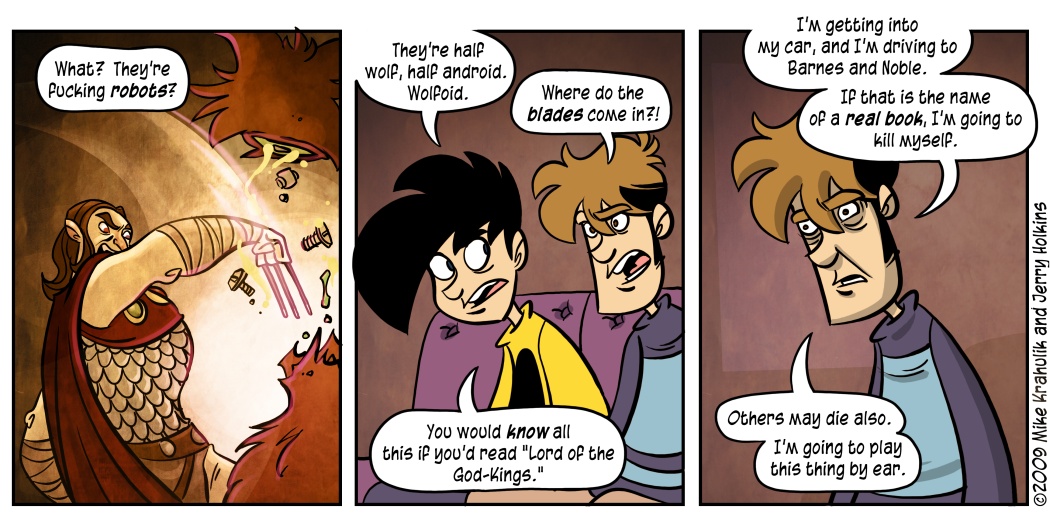