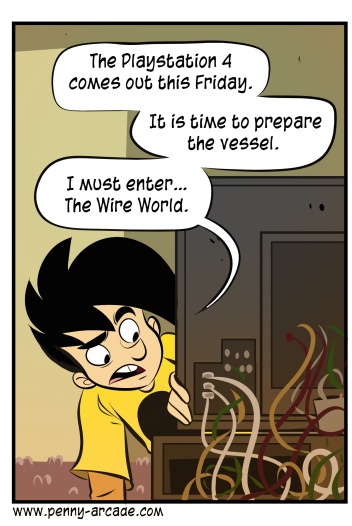 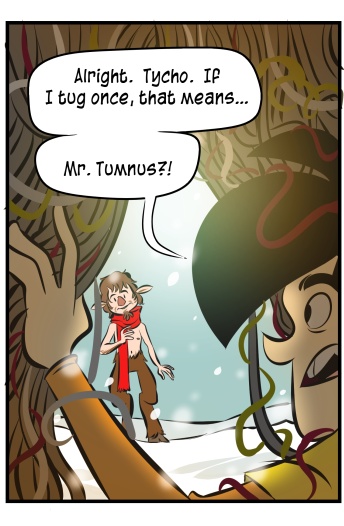 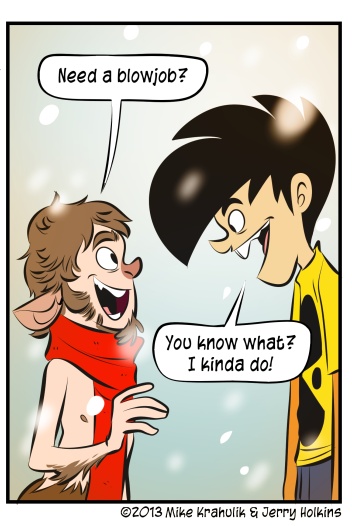 We recorded a podcast which also covers all this stuff, and the enthusiasm with which we anticipate it, but while I've been clearing the deck game-wise my demonic counterpart has been clearing it physically. For the most part, if you needed a new box or needed to replace an old one, you could still leave the sinews back there largely intact. This means that these thick, signal-bearing trunks are ancient of days, imbued with a strange kind of life, flexing and slacking like the myomer bundles of a Battlemech.

I suspect he has been back there with hedge trimmers.

Something I'm constantly seeing lauded with the Playstation 4 (and will ultimately be a thing on the "other box") is the ability to use, or view, "real names." I have less than no desire to see that come about, which is to say I hate it. It's partly generational and may be entirely generational. What I'm trying to say is that it's generational. Now that we are switching generations, in all the different ways you can, it might be worth taking a moment.

A conversation that used to come up a lot at Family Lunch had to do with what it means to be a "gamer," which was once a subset of "nerd" and still is on occasion. What became clear very quickly is that our definitions of what was required, the atomic level components of the term, were so different that I'm not certain they could be squared. It is the difference between an interest, even an enthusiastic interest, and an identity. For some of us, suffering abuse for it was a root concept; for others, that was a non-sequitur. It fell and broke cleanly along that line.

Creating a handle was creating an encapsulated version of myself to send into the machine, like when our mothers and fathers let us feed their paychecks into the pneumatic tube at the bank. I grew up when twelve-hundred baud was a pretty fucking serious amount of baud, and I was young, with a swirling identity that didn't really coalesce until I was almost twenty. I went to those electronic places as a host, like that in the Gospels of Mark and Luke. I'll let you follow the analogy to its natural conclusion.

If your handle of choice necessarily had to have several alphanumeric characters appended to it, maybe Gregg Harfle is better for you, I don't know. But I don't really want to see people's real names in the Call of Duty leaderboard. I know why we're at this juncture: because the pastime and the industry that fuels it is all growed up. But I am under no obligation to celebrate this winnowing of selves. Self-naming, the creation of a projected self, is the only magic we have left.

We had a chance to see castAR here in the office, and it is weirdly good. As in, it is real and does what they say it does - but the amount of headroom in their technology for applications we can't conceive of at this particular moment is vast. There's only a day or so left in their Kickstarter. You should go check it out.