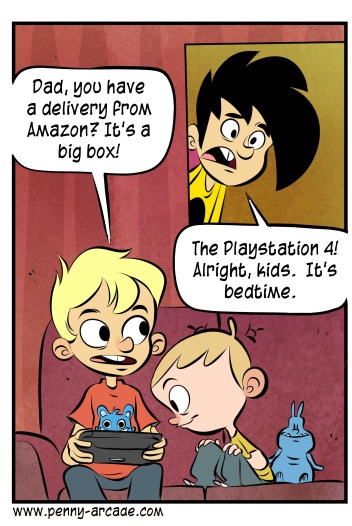 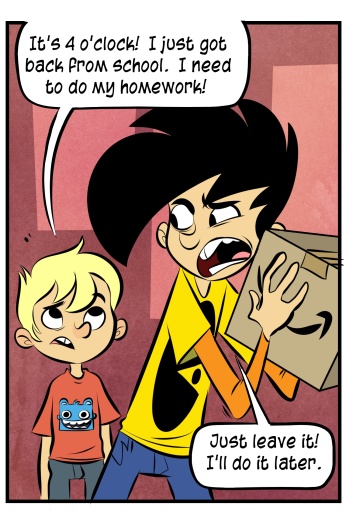 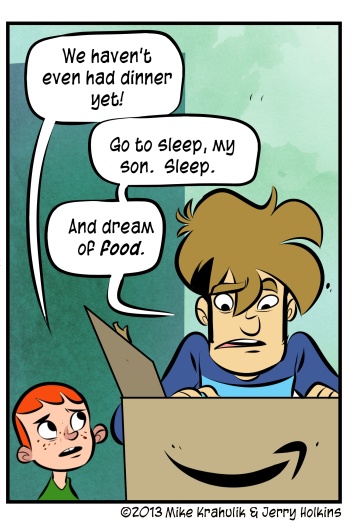 Our PS4 orders should be at our houses "by 8:00pm," so we are at our respective houses awaiting the cyber-stork. I bought mine on the eleventh of June, probably some time very shortly after the now legendary press conference, so getting it now has a feeling similar to Kickstarting something. The purchase and the acquisition are strangely attenuated. That is to say it feels less like a "purchase," and more like harvesting a crop.

I think Sony needed a new platform much more than Microsoft did. There is a ton of shit about the Playstation 3 that still sets my teeth on edge, annoyances that pulse through the gums. The exclusive games were absolutely, one-hundred percent not the problem. I loved those. That we needed a new box altogether to get things like game agnostic chat parties is the problem, and it only starts there. I just subscribed to PSPlus this morning, and while they might have lost a rhetorical bludgeon by charging for multiplayer, it should also do what it's done for their prime competitor: inspire them to innovate in the space. We got what we paid for last time, and I hope I get what I'm starting to pay for now.

I have my copy of ACIV:BF here to act as a Christening Implement, a series I know like the back of my fucking hand, which should be a strong calibrator for a new platform. The differences should be fairly stark under these conditions. I have enough experience with the ones for current gen to know that as a game enthusiast and specifically as a fan, the choice was really down to PC or PS4 anyhow if the choice was on the table and if you could endure two weeks without stabbing someone in the neck over and over. And I can! Apparently. Which is good news for necks in general.

I also have Need for Speed and Killzone coming, the last Killzone was grindy in multiplayer but had exquisite, dramatic pacing; I'm available for more of that. But in reality, I could have any Playstation 4 game "coming," because we're at the point now where you can do that. We have that on the WiiU, but I mostly used that to purchase Nintendo games. With fully two consoles opening retail locations in my office, just beneath my television, I'm curious just how dangerous this is going to be. 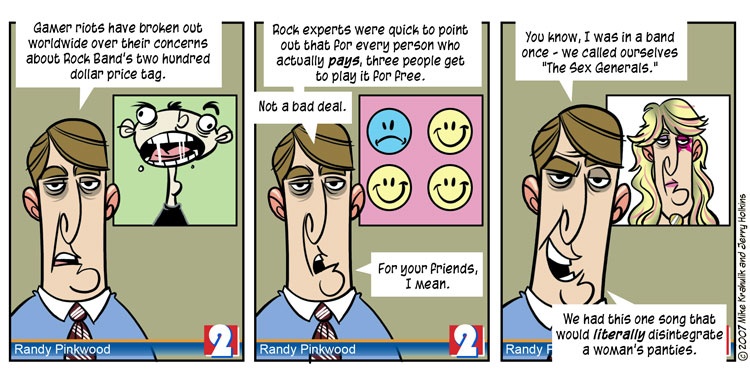