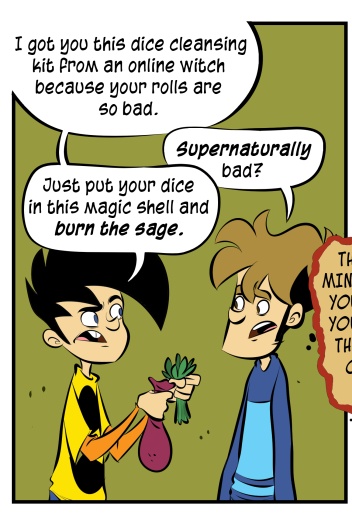 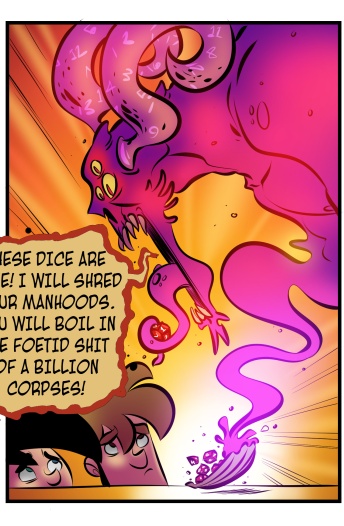 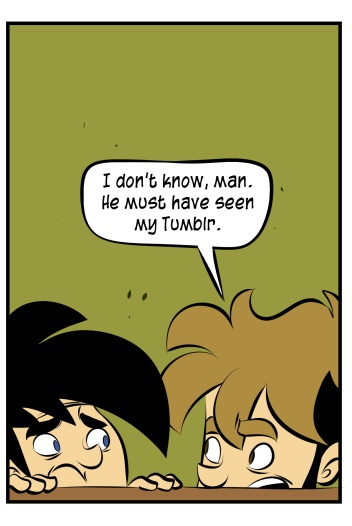 Robert Khoo is not a person who sends rousing links via email. It's not part of his persona. But he did send us this one; given my unique malady, it more or less demanded a strip. It's a real thing you can seek out on your own time, after class. My position on anything like that - up to and including prayer, meditation, what have you - is that living in an intentional way is more likely to result in your goals being achieved. That said, I'm not sure that crystalline formations affect the upward face of a thrown die.

There are two things I have been thinking about.

- For a game called Thief, my attraction to it was never especially larcenous. I'm not gold-averse by any means, don't misunderstand me. But as a lozenge of pristine, amethyst worldbuilding, it's fair to say it takes the industry as-is out behind the woodshed. You may not have that term where you live, so let me elucidate: they don't make them like they used to. Party because "making them like they used to" involves the dissolution of your business and your intellectual property being sold at auction. So it makes sense why they might not.

When I look at videos of the new Thief, the game which was at one point called "thi4f" when it was presumably a sequel and not a reboot, I think I'd like to own it. There are clearly things which cling from that prior incarnation, but losing the incredible traditional factions and their odd, mystic dialects is a hard blow. I think about how Eidos Montreal shepherded a very solid new Deus Ex, though, and I think I might enjoy it even if it doesn't conform entirely to some ultrafan headcanon spank bank. Because I am "one of those people," I keep hoping for some kind of J. J. Abrams Not Khan/OH IT'S KHAN scenario that is just dumb and I don't know why I'm investing cycles in it. Gabriel was never interested in Thief before, and now he is, so apparently their machinations have borne the darkest of fruits.

- Uh, so, the Pebble smartwatchy Kickstarterian thing that actually ended up working and being cool just got tres hardcor with the last update, the one that updated the sorta janked app into something kinda nuts. Dig yours back out and update it, if it fell by the wayside. Sharks are absolutely beginning to circle the wearables category, apex predators, and like I've said before I don't know how that shakes out for the Little Timepiece That Could, and One Might Say Legitimately Has. But they're doubling down with schmancier hardware and solid partnerships, when I would have entered a vault, twisted the door shut, and just screamed there in the dark. It's the sort of thing a noble universe would recognize.