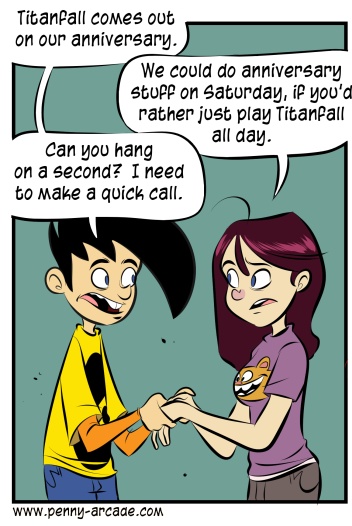 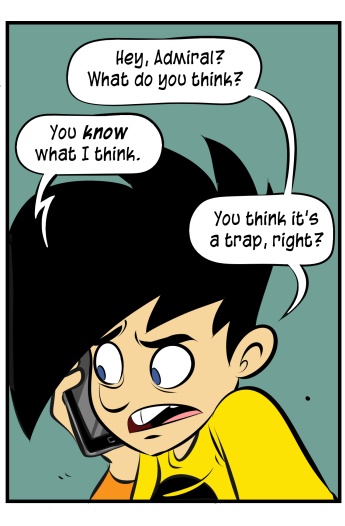 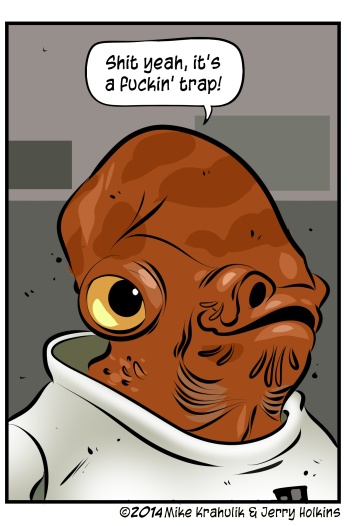 It feels like subterfuge, and the raw facts of the case are true, but Kara is way into this kind of shit. It's not really a "deal." This is not how it works at my house. There is no special allowance for toys-playing-with, even if they are the very best toys.

We had a chance to check out the Twitch App for the Xbox One, and and maybe it wasn't the best advertisement for the app because we found a bug, but… yeah. They're coming out swinging. I'll let Gabe do that part, that's his thing.

It's one part of a suite of improvements that get the box much closer to something you might consider launching as a retail product. The alterations to Parties, with more sensible defaults and a generally more thoughtful execution, are well timed. They've hidden some things, and some things work in idiosyncratic ways, but the overall arc is toward "more competitive" as a product and a service, so let's call it good.

The features I use often are kind of dumb, and probably not universal in any way, but I miss them when I don't have them so I think it's worth mentioning: the voice command "Xbox Volume Up" gets use at my house. Down, also. But the default amount of down-ness or up-ness is incremented at "3" which means one typically needs to issue the command a couple times. The system update allows you to set this value, a creature comfort on such a miniscule scale I never thought they'd entertain it, but it's tucked the fuck away. You can get to it by going to:

Which, you know, my father would have called going the long way 'round the fence. But I'm glad it's there. The February Update that came out around the time of the Titanfall Beta made a silent update to the controller, but the new system update has a rework of the controller's firmware that requires it to be plugged into the system. It's not onerous, and you can force it yourself if you go to Settings, System, but I think it's only of value if you're planning on taking advantage of the new headset options.

People with substantial investments in Xbox 360 headphones, and the prices on the higher end options stretch into the "brutal" range, will be well served by the update as it now shunts the optical signal they crave. But in many of those cases, they were products built around proprietary base stations that aren't really a part of the top-down, proprietary "plan" for Xbox One hardware. The controller itself acts as the base station now, and is capable of it, which is what that update is about. My expectation is that the controller will eventually be configured to receive surround all by its lonesome, which is why their current offering is called a Stereo Headset. You can hear the benefits of their wireless channel if you ever use your Chat headset; the voice quality is bonkerian, if not literally bonkers.

The Stereo Headset comes with the adapter that all normal headphones require to attach to the port, but I ordered the adapter anyway, because I'm so used to their savagery on the accessory front that I assumed it would either not include it or would include it attached permanently to their own product. I'll either send the extra it back to Amazon, or I'll bring it into the office, either way. The headset, though.

I am one of those people that thinks headphones are really important. I can't call myself an audiophile, because that person is someone who knows the language of the interaction between people and sound. I have tried very studiously to avoid talking about my headphone addiction, in an effort to tamp down the unnecessary poetry that is always rising over the top of the boot, spilling over the lip and down in. When I was working on the original Precipice game at Hothead, their audio dude Adam let me wear a Grado SR80 and I still think about it. That was six years ago.

I think I can maintain my policy for another couple hours at least. The main thing is, I don't think the official headset sounds like an eighty dollar pair of headphones. In the good way. And if it comes with the puck that lets you grow, with the handy Mute light and the controls to handle audio mixing right on the pad, it recommends itself.