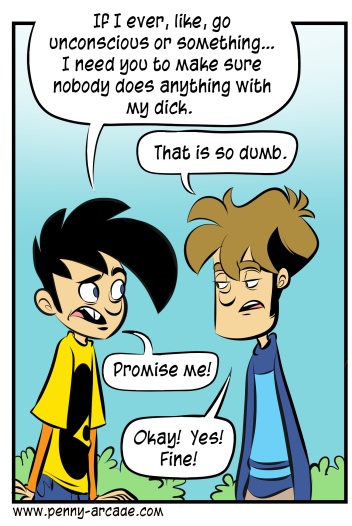 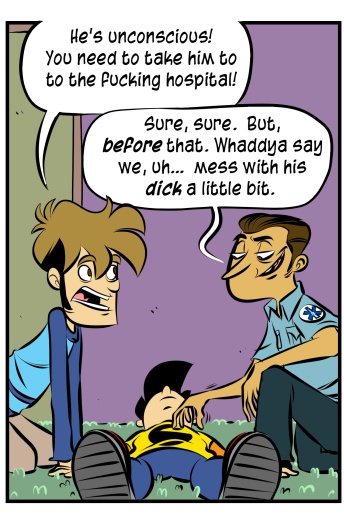 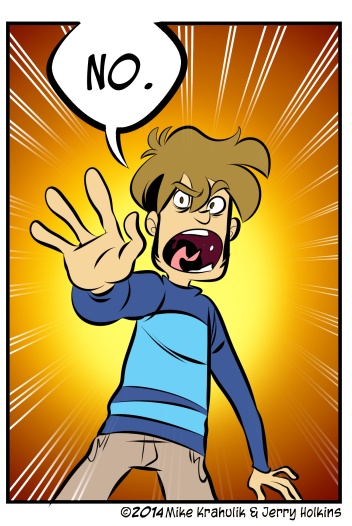 The comic we were attempting to make about Project Spark never materialized, and instead, this comic managed to peck its way out the of the shell. Kiko asked me if we had a podcast of this writing process, presumably because it would have been "interesting," but we didn't. And when I think about it, there is no causal chain that results in the strip. The strip is like something we found half-submerged in sand, complete and entire.

With Titanfall hitting on the 11th, I'm trying to crush a backlog that wants instead to grow.

I got it into my head that I wanted to wrap up Ironclad Tactics finally after a brutal stall, connected with the game's difficulty and my own sloth and ineptitude. My subconscious had been hard at work though, and upon my return I was able to crack it - but they just dropped a rad campaign DLC for it, expanding the load somewhat beyond my original spec. The new Walking Dead episode is out, downloaded but with the seal still on, not even installed.

I have a sneaking suspicion, though, that the time up to the 11th is going to be taken up with Shadowrun: Dragonfall.

I liked the original Shadowrun campaign, I like Shadowrun basically. I'm from Seattle, you know? But I encountered various levels of paralysis connected with the inability to save when you wanted, and also to make different characters to accomplish increasingly granular, one-off objectives when I should have just committed myself to playing it twice. Dragonfall (which I got from backing it, anyhow) was a chance to just go with it - to go again, for the first time as they say. One of my favorite CRPG stories of all time, Shadows of Undrentide, was itself an expansion. You can feel stable development tools, even as a player: both of these are ambitious, second cracks at it that are enabled by experience. They're Journeyman projects.

It's nice to have Club PA rolling again; early access to things is essentially the touchstone, but it's the early strips specifically that I think are the most interesting bit. For the Club PA stalwart, Penny Arcade now updates on Tuesday, Thursday, and Friday - probably the biggest material change since the site's inception. We are trying to figure out other ways to spoil that cadre, but in the meantime we're collecting addresses so we know where to send the exclusivo Pinny Arcade pins for the $30+ crowd. Thanks for taking us up on it, it's nice to know you are out there.