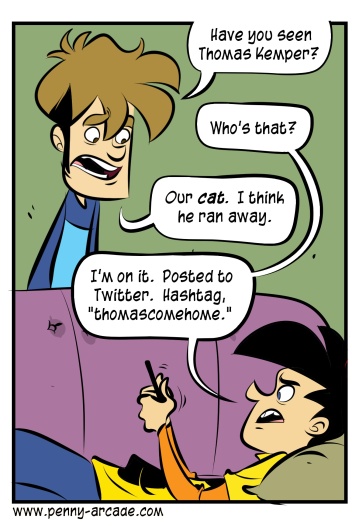 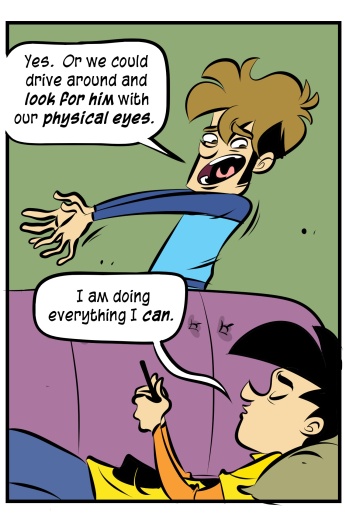 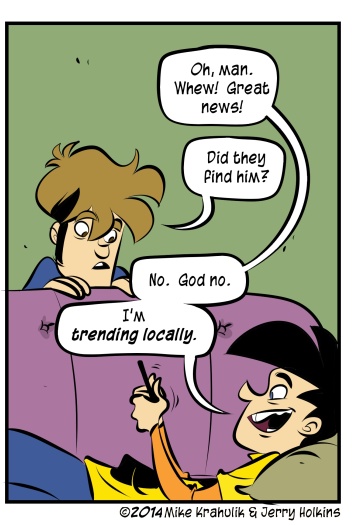 We aren't going to do them all at once, it's not a Norse epic, but we have several comics about Twitter that are currently getting a sear on the grill. I was trying to explain it to Galabirash the Kinslayer, how Twitter is like the red line creeping toward your heart from an open wound, but he'd never heard of that and it severely damaged the metaphor as a tool of illumination. Also, he must take way better care of his cuts.

If you are still in the market for illumination, however, we may still have something on offer.

Reviews of Child of Light are all over the place, and if you have read this site for any duration, you'll know that's when I sit up in my chair. The pressures that exist around review scores are profound, so when you get the kind of spread you would expect when dealing with a medium defined by idiosyncratic human experiences you have to make a note. Ubisoft games create this spread often, and I don't think that's statistical noise.

I'm a big fan of Jeffrey Yohalem, the writer on Child of Light, and the reality is that I'm likely to buy a game because he wrote it. Seeing how much of the game - maybe all of it - is written in verse was interesting to me. It is really, really hard to do that. Not rhyming things, that's not hard. Maintaining the power of the form when it's ubiquitous is the challenge.

Patrick Rothfuss is my friend, and he knows I love him, so I don't think he'll be angry at me for telling the story: I was a beta reader for the Wise Man's Fear, and I asked him what kind of Beta Reader he wanted. He assured me that he wanted The Wolf, and so I gave it to him. I really don't like doing it, and it is an index of my affection for him that I did so. He wanted to do this verse thing also, and maybe he stuck with it - I could never bring myself to read the "real" version, as I'd already read one that felt true. But I wrote the word NO in black Sharpie over page after page of this stuff. It can be excellent and still distract from intention, unless your intention is to be a twee weirdo, in which case, you know, Mission Accomplished Banner dot gif.