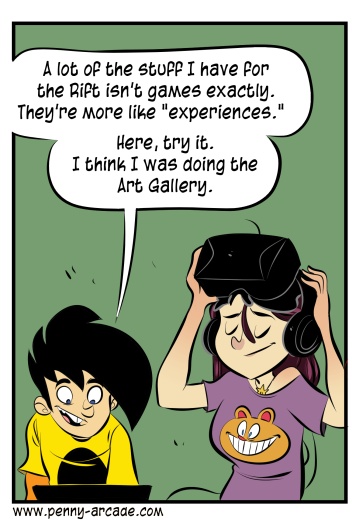 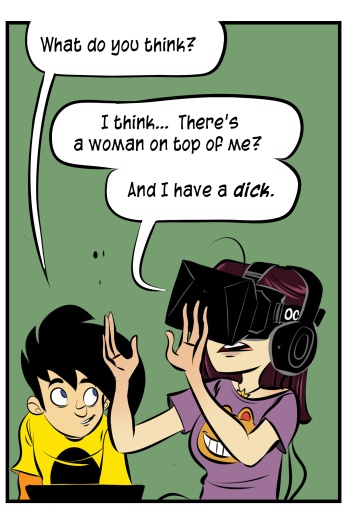 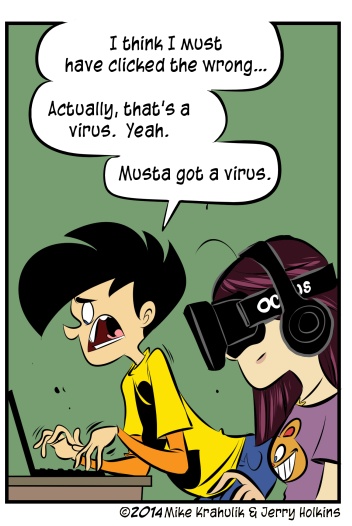 If you are a nerd, or a dork, or a square, or a polygon, or a Porygon, or whatever the word is for people who fetishize this kind of stuff, Virtual Reality is approaching normalization. We have a fairly robust conception of it, pop cultural models of the form coupled with our own experience regarding state of the art entertainment simulations.

Getting hands-on time with this kind of hardware - even an older Oculus Rift, screen doors and all - is rare but not impossible. You can get "heads on" at a show like PAX. It's still a little outside the diagram to traipse into the Digiverse but it gets less weird every year. We had a couple "DK1" kits around for PAX10 judging, and we're in a position to know: the experience isn't merely weird for normals. They completely lose their shit.

They don't have the any of the mental distance we bring into that arena. It's powerful for me, but I'm always thinking about pixel density and refresh rate and lenses and how it fits on my nose and the extent to which this paradigm represents progress or an evolutionary dead end. It's like this with anything I know well. I can't read a book without trying to reverse engineer word choices and watching the concepts accrete as though through time-lapse photography. You have to work very hard to get around the Assessor.

We just announced the Storytime speaker for the PAX Prime: Mike Neumann of Gearbox, who I know as "Mikey," but I may have earned that. If you loved the bonkers tone of Borderlands, what you actually love is Mike Neumann. He did amazing work on Brothers in Arms also, and I learned a lot working with him on our project for it. I can't really contain him in a paragraph. I fully expect him drop some science.

Hot bands this year, too - notable new entries like The Triforce Quartet and 7bit Hero, the latter being an especially inspired pickup from PAX AUS. Check out their site, and tell me there isn't a more "PAX" band than this one. 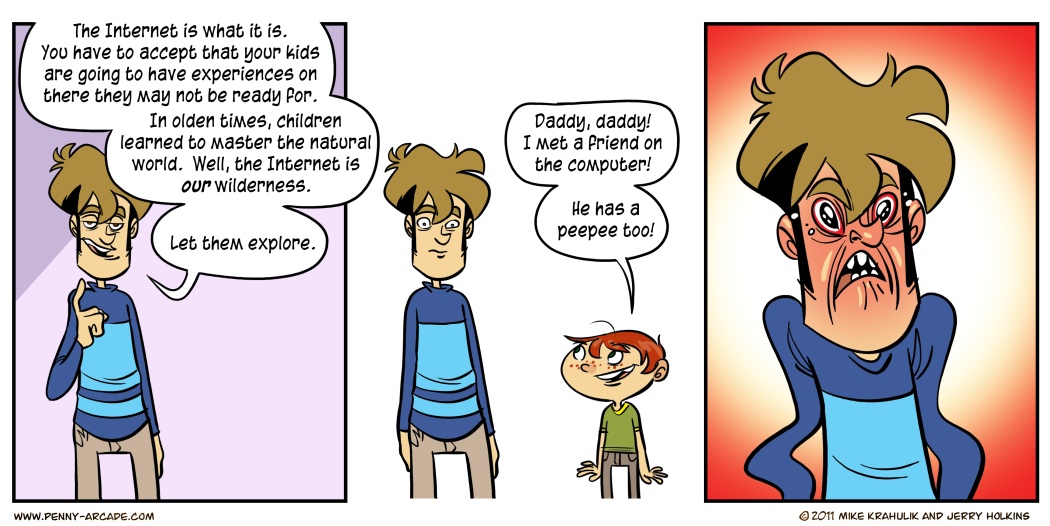