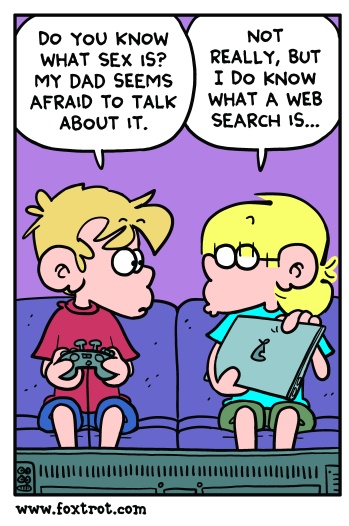 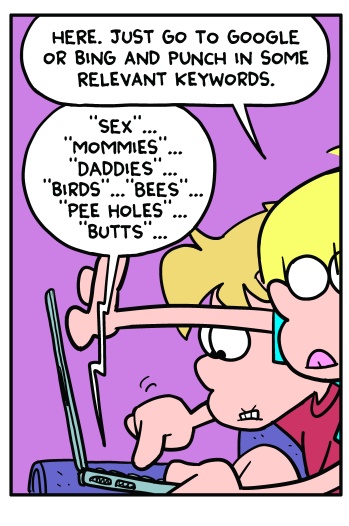 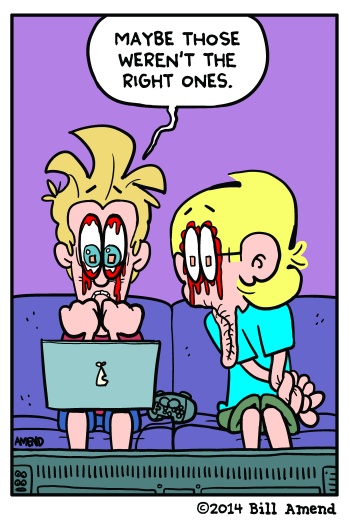 A fight long simmering at Comic Con was that between traditional cartoonists and the vile, sewer mutants of "online comics," who gave their work away for free in a spree of Oedipal father-killing that sought to reconstitute our old enemies The Soviet Union. Or something, it was a while ago. But Foxtrot's Bill Amend - himself a purveyor of geek lore - was one of the few who thought that the whole self-publishing thing was just… cool. We've been friends forever, and we thought he'd be a great match for The Talk.

I can remember going to my first Comic Con, the precise year of which I can't remember. They were trying to repossess my car at that time, so I had to move it all around every day, and I wondered if it would still be there when I got back. We drove other cars down. We stayed with Kiko in a nearby town to save money. It's not something I talked about a lot, but in my mind I thought that maybe this was kind of a farewell tour, and maybe that was okay.

Instead, we became as gods.

Not really. But back then, that would be where you would go to see us if for some reason you felt like doing that. I don't ask questions. It has gotten somewhat easier since then to gaze with barely concealed nausea at my essentially cylindrical body. We also have a store now, one that is open all the time, a metabooth which extends the length and width of this chronostrand. When you start thinking about everything that has changed since we started going it rapidly becomes paralytic.

I think there are a lot of people who used to go to San Diego Comic Con to see us, and now I see those people at one of the four PAX shows. This year was a good example of why: little weeping blisters of gaming stuff surrounded by the same booths I've seen for the past decade. For several years running the things I've wanted to see most have been outside the show proper. The show used to be much weirder, perhaps even as weird as myself, and I was more comfortable there when it was. It's as alien to me as Sakura-Con, now. We made a show because we felt out of place at the shows we attended, a sensation that has only grown.

I'll never forget Warren Spector's keynote at PAX, where he said that niche culture either dies or is assimilated into the mainstream. Well, I've watched it happen there over the course of a decade or so. It's funny to think that we have arrived at a point where not liking The Avengers makes you a leprous cultural outlier, but there you have it.

There were a couple of boys that started coming to see us maybe even in that first year, their mom was there, and she wanted us to know how much the boys liked what they were doing, and I wonder if that mortified them. Now one of them is making movies and the other is making games, and I feel glad, because I got to see the whole thing. I could tell you many stories which begin and end in the same way. And I will miss them. But I won't miss the show.