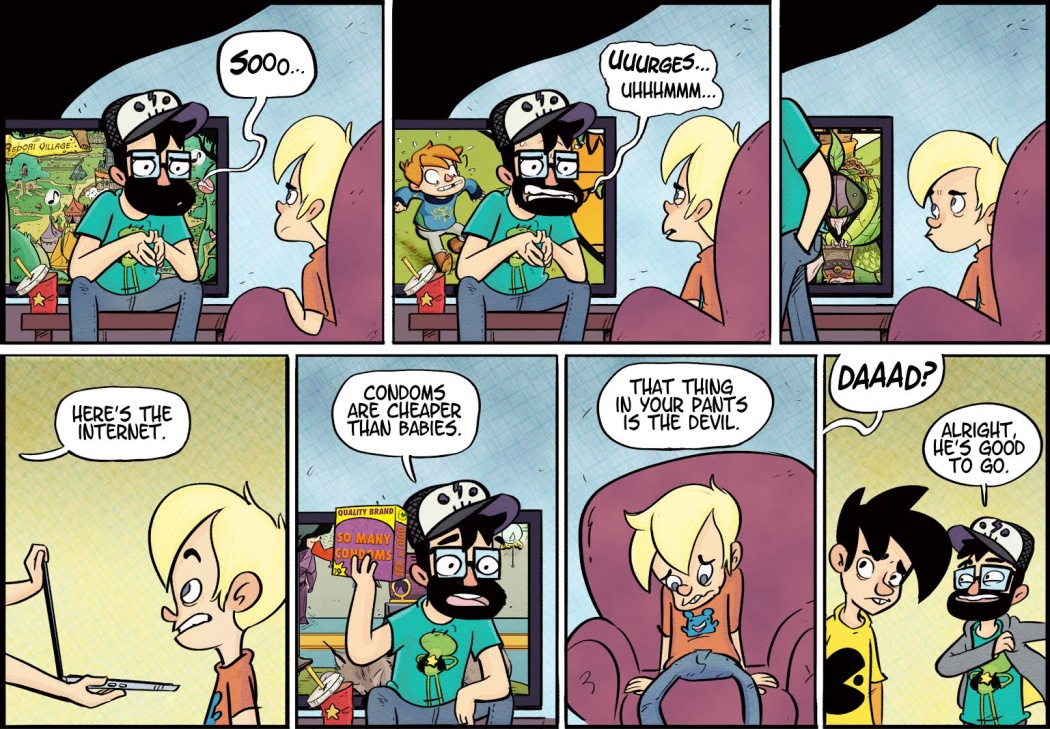 It was easy to see variations of ourselves in each Strip Search contestant, which is why kicking them off the show was so difficult. Like the scholarship we grant, it feels more like choosing losers than winners, because you do way, way more of the former. Tavis is a point much later in our continuum, much closer to now than most contestants, and I felt it way down.

Tavis Maiden makes cartoons, but he essentially was one also; everything about his ratios and personal presentation seemed custom built. I made what I have made, and have accomplished what I did, because someone told me I couldn't. I will spend the rest of my life crucifying them. By comparison, Tavis Maiden had a goal and tirelessly shaped himself into the person who could accomplish it. I'm glad to have met him.

Tavis Maiden Central is more or less here, at Thunderskull Press, but he's also got one of them Tumblrs and is going hard on Tenko King which was funded through Kickstarter. He designed the official Penny Arcade Staff Pin Set, which have delighted collectors the world over. Oh! And he also dropped hard science in today's newest strip.

You never really escape IT, by which I mean Information Technology, as opposed to some kind of generalized entity, force, or event. You can't escape that either, of course. You're already dead. But once people find out you can fix shit, you never get away from it. It used to be that people's intersections with technology were far less frequent, they didn't necessarily have a wireless computer in their pocket just an example. The set of scenarios in which this talent might be called on were smaller. Thankfully, computers are much better than they were.

On the floor is Gabriel's laptop, coupled to a non-functional Oculus Development Kit 2, so if my alter-ego is going to be engaged by these requests it might as well be in the service of immersive digimal worldz. When I came in, he said with some trepidation that he had manually changed some file extensions. He seemed intent on making more of his sounds, but I put a stop to it. I pressed an index finger to my own lips, and then to his.