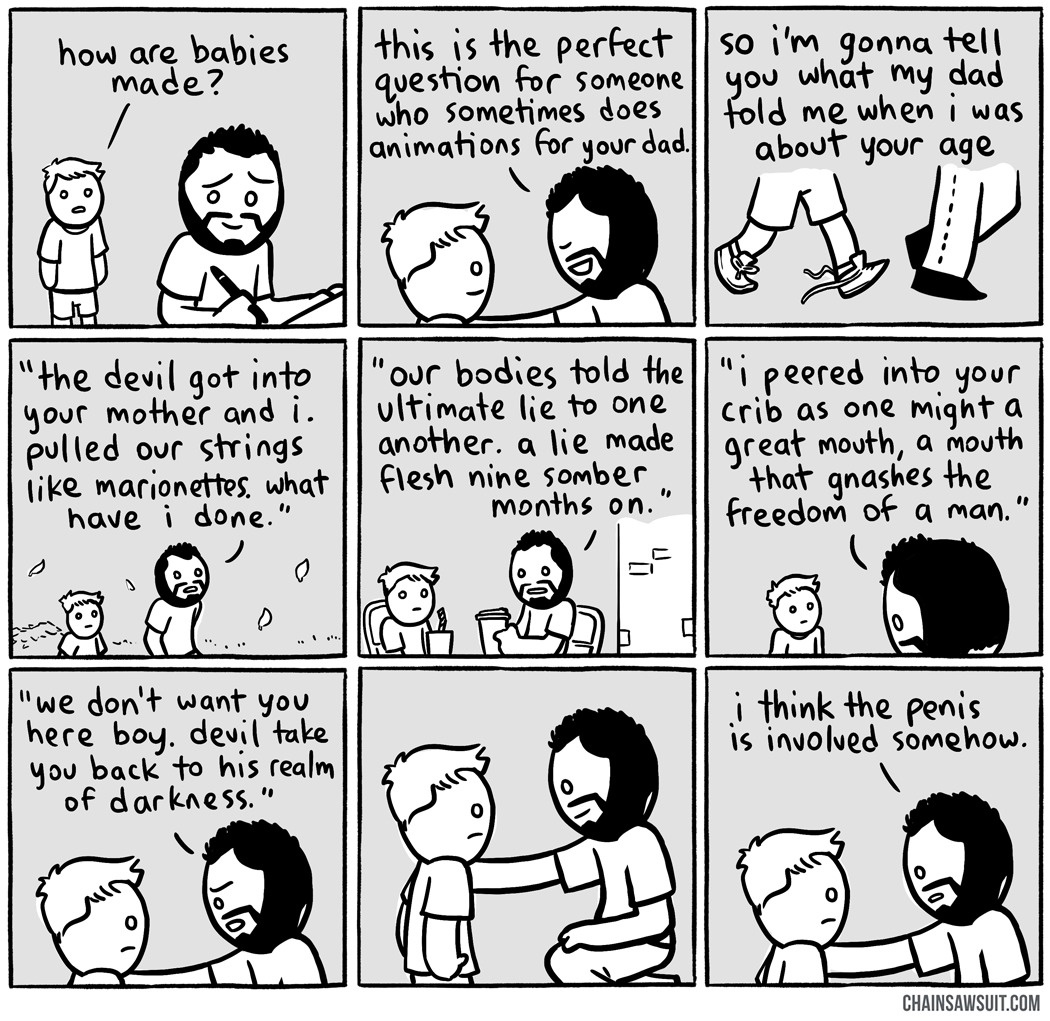 Kris Straub ("Krasp") and I have reached equilibrium. It did not start well. Whatever we are, I would have a hard time describing it.

You should be a fan of the completed Starslip Crisis, which it was my great pleasure to occasionally help on, and Chainsawsuit is a reliable mirth engine, but Broodhollow is tailored to my tastes with specificity. I'm lucky here, luckier than any other reader, because the fanfiction that I write sometimes ends up in the strip. Some of the stuff we came up with, like, a year ago for a vital faction in the strip is finally being exposed to readers. And they like it. Which, you know. It's not the worst thing.

Sometimes we write songs together, also, even though I already have a creative partner. I think he's my mistress essentially, or I'm his, I honestly don't know. He has gotten himself wrapped up in this Talk business, also. Gabriel and I wrap up the series ourselves on Monday.

If you saw Gabriel's Pinny Arcade masterpost, you almost certainly saw the Triple Town Bear from Spry Fox. But what he neglected to mention is that it is also a Road Not Taken bear, which is a game that just came out on Steam and is actually free for PS+ members. I went out with some of those guys last night, because launching games is like feeding your consciousness through a paper shredder, and it seemed like a craft brewery might supply some kind of medicine.

I like those guys, but they have a problem that many designers I know do, which is that they are incredibly smart, abstract thinkers with vision. That stuff all seems good. But they've made a

- Puzzle Game, which is a
- Roguelike, and a
- Meditation On Scarcity, which
- Relies On Crafting, and
- Is Made Up Almost Entirely Of Secrets,
- Which No Person Could Possibly See The Entirety of.

And it was so beautiful, and the vision was so clear, that it became a religious quest. I love this kind of shit. But I have warned the people in my circle that they are not in any way to take my enthusiasm for their work as a prophecy of success. I am a mechanics fetishist, I like arch, almost linguistic systems I can poke and see what happens. They have made Two Roads, One Cup. And it is absolutely, positively my thing.