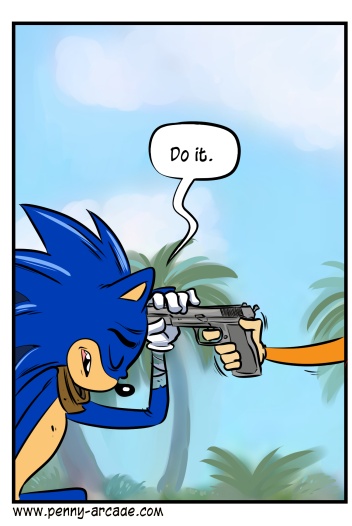 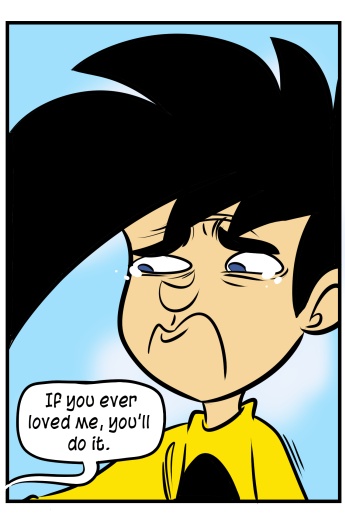 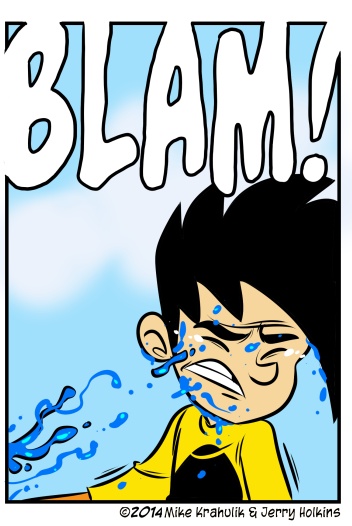 Gabriel's Sonic Boom Verdict was similar to other Sonic Verdicts and ultimately resulted in us wondering to what extent we had manufactured the Sonic that we liked from whole cloth, and then just draped that engineered affection over new titles as they came out. I don't really believe it yet. I feel like I remember having fun. Maybe not everyone is. I feel like there's a gruesome career retrospective coming for this beleaguered hedgehog, one with heartfelt interviews interleaved with black and white reenactments. I think he's in a bad place.

Outside of the scores, I haven't read any Dragon Age: Inquisition reviews. So maybe what I'm going to tell you about my experience with the PC version now is all stuff the DA stalwart has read before. I'm gonna do it anyway, I think. They're coming out fucking swinging on this one. They know that have an uphill climb after Dragon Age II; that they need to be engaged in a process of active repair on player trust. I would that that is "happening."

I wouldn't call the game "open world," as I have often heard it said. I think that's not correct. Some zones are so large, though, that they deliver the feel of that type of play while still retaining control. It's sort of like how Tolkien will tell you about how far they walked or whatever and then "narrative resolution" increases when they reach certain points. I think of Open World as meaning there is a full world simulation where I can travel across a unified map, like Elder Scrolls or the new Witcher. And it would matter if the game felt small. That is not a problem this game has.

Your War Room - think about a vastly more detailed Galaxy Map from Mass Effect - is where you see the big picture. It has missions you can task your agents with, leveraging three types of influence, for some reward. But you also use a resource called Power - something Gabe used when his campaign went "open world" also, except we called it Resolve - to unlock missions and get shit done. I guess at some level it is a menu, but it is the most engrossing menu of this kind I have ever seen. The Inquisition itself levels up, and it has its own trees tied into the influence types I mentioned before and granting global benefits.

Games this big tend to lose me in the minutiae. There are a lot of little activities here and there generally and they all do something but they don't always feed back into the top of the structure. Not so, here. I can explore. It's the Galactic Readiness concept from ME completely blown out, and it's bad. It's so bad. Usually I'd get squirreled away in some corner and feel guilty in this type of game until I quit. Now, I do what I feel like doing and I'm always furthering the ur-goals.

Even the most rote, by the numbers fedex quest hooks into the Inquisition's campaign in this way. I killed ten rams and it felt epic. What is happening here.