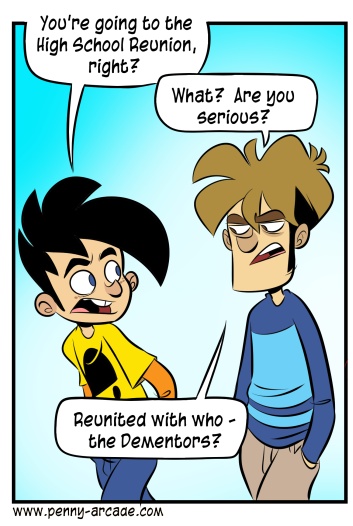 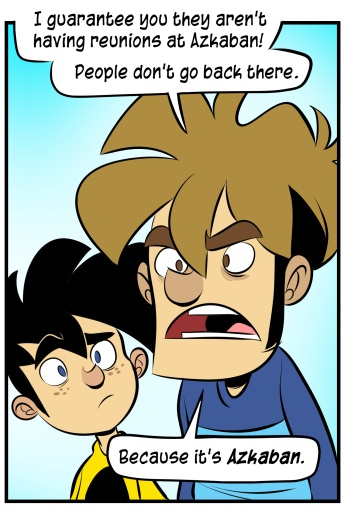 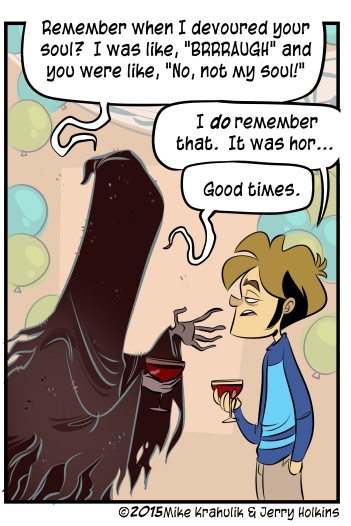 I'm not mad at anyone I went to school with, but I don't ever want to go back there or see it or anything associated with it ever again. High School was essentially a series of tests that taught me how not to be. I don't think there's anything high schools can actually do to improve this state of affairs. Getting out was the prize for surviving it.

I installed a Geforce GTX 980 yesterday, at frankly gruesome expense, to prepare my vessel for the sanctification of The Witcher 3 - the material components for which are well known. None of the games I'm playing right now - or typically play - actually need that kind of beef yet. So now I have a very loud computer that is fast. Theoretically.

For example: Pillars of Eternity. I would say - and I'm not trying to hurt anyone's feelings - that this game doesn't look good. I would say that it looks bad, but I would bolt on the suffix clause "on purpose." It has this gritty, grainy deal laid upon every surface that's so ubiquitous theymust be trying execute a specific era of computer visuals, in the way that the "retro" aesthetic dials in an earlier era. I do not feel ill used; when I remember the game a year from now, I will remember it like I remember Baldur's Gate. Which is to say, I will remember it in a way that it never, ever was.

There's a patch for Pillars of Eternity that is coming out today - I never got bit by any of this shit, and there's a ton of it, but the update actually tries to fix any problems that did happen inside the save file itself, which is nice. But patch notes for RPGs - think about the ones they did for Wasteland 2 - give you an idea of why publishers don't really want to touch this genre. Luckily, players are willing to handle that these days, but God Damn. Publishing an RPG is like publishing a bullet in flight whose vector intersects your own head. I can see why someone wouldn't want to do it.

I always have an itch in my skull that says that I'm duplicating effort when I play highly complex games alone; I learned to play these games with other people, and as much as I enjoy them I enjoy them even more with other people who also enjoy them. As Gabriel as Gabriel might be - approaching a state of Maximum Gabriel - that's not a service he can provide for me. I have a complicated relationship with stimuli, I require other people situated around an event like Dropcams and I use this data to checksum my own thoughts.

I want to take a vacation where I don't go anywhere, I just sit in front of games like this; gaining minute levels of experience at a time, incrementally attaining Godhood.