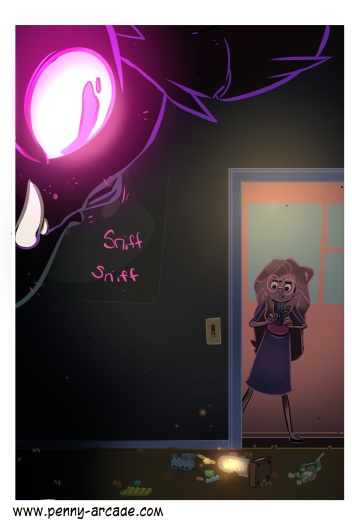 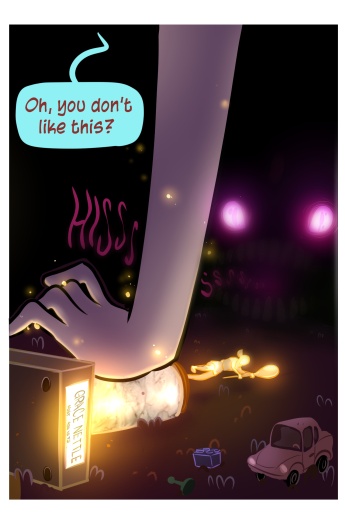 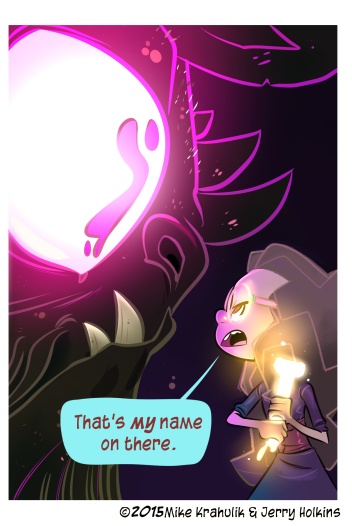 Erik Wolpaw, from Old Man Murray to Portal and Portal 2, you must certainly be considered the world's foremost writer of gaming humor - both inside and outside games themselves. And your last name is just pronounced regular old Wolpaw, which is way easier to pronounce than Chmielarz. It's a much more considerate name. But, back to the other thing: why is the best in the Goddamn business writing Team Fortress comics exclusively, and only those, forever?

Jesus, Jerry, you're making it sound like I don't do anything at work. I doubt Gabe Newell reads your (stupid) website, but somebody might tell him about your website and say "you better read this website," and the first article he'd read is all about Wolpaw not doing any work at work. So to answer your question: I am doing a lot of work. I come in every day and think about how I can add value to Valve and its customers. I don't always just think about it, either. My writing partner Jay Pinkerton and I are writing a novel. Don't believe me? Well, I guess I'm screwed then oh no wait how do you explain this:

And that's just a small excerpt of the hundreds of pages we plan to write. I should also mention that, if you look closely at the excerpt, you'll notice it's not just plain text. We made it into an actual webpage image, which doesn't just magically happen with no work. When Gabe asked me and Jay what we'd been doing since Portal 2, we triumphantly slammed down our novel. And even before its single, post-it-note sized page had finished floating gently to his desk, Gabe pointed out that we were fired. I quickly refined our pitch to include the fact that Jay was crying, and then Gabe sighed and let us stop being fired. That was two years ago, and while The Great Greatsby hasn't technically grown in word count, it has ballooned in ambition, because given four or five years any motivated pair of talented writers can write a novel excerpt, but not everyone can (plan to) turn their novel (excerpt) into a (butt hospital) room-scale VR experience.

Would we like to write a big AAA story game? Sure. But funny, big-budget story games aren't really in demand lately. It's grim survival dinosaur underage haunted house lesbians all the time now. Jay and I tried to write some serious literary fiction and couldn't get through the first sentence without something getting jammed up somebody's butt, so the odds of us writing The Last of Us is mostly zero.

Between our cross-medium Great Greatsby franchise planning, the Aperture VR demo, TF and DOTA updates, plus a bunch of unannounced Valve projects, we're keeping pretty busy. And that's not even counting the massive, ongoing, Eisner Award-winning someday probably, seven-part TF comic opus (#1, #2, #3, #4) that Jay and I are making with Heather Campbell. Issue #5 ships in August, which gives you just enough time to catch up on the eagle attacks, Australian supermen, immortality machines, Tom Jones murders, naked bear fights, public execution scrapbooking and shocking major character deaths in what has become Valve's most story-heavy game. We even made an easy-reader comic to gently usher you into the big players and plotlines of the TF Universe.

And that's what we're up to, Gabe, if you're reading this. Okay, well, we know you're a busy man just like us and all that's left is some boring legal disclaimer stuff so you should stop reading now so we can all get back to being busy. Penny Arcade LLC and its laws and jurisdictions are not responsible for the habeus corpus - Alright, he's gone. And to (stupid) Jerry, thanks for Frost Nixoning us about what we do all day. Go to Hell, Jerry. Anyway, this post is over for real now. Turn off your computer, Jerry. Show's over.

Okay, Jerry's gone. Neil Druckmann, if you're reading Jerry's (stupid) website, all that stuff we said earlier about us being bad at writing Last of Us was just jokes. But jokes aren't all we do, Neil. Don't believe us? Why don't you ask THE SKELETON THAT'S RIGHT BEHIND YOU! Horror writing, Neil. By us. Now take a closer at that skeleton. Maybe it makes you think of your own mortality, and how we're all just skeletons on the inside? Or maybe that last sentence was just great drama writing. Great drama writing that could be in The Last of Us 2 if you play your cards right. Or at all. We do all the genres, Neil. Including sex, if that's what it takes to get this deal done. One non-negotiable: Jay and I are a package. We get this job as a team or not at all. Say! Is that a knock at the door? Jay, maybe it's Neil with some jobs! You better go see.

Okay, no-talent Jay is gone. This ruse isn't going to hold together long, so I'll have to be quick. Neil, I will drive over Jay's dead body for this gig. I was BORN to write Last of Us 2. On my birth certificate it says Erik Wolpaw, The Last of Us 2 Writer. Or whatever other game you want me to write, I'm not picky. I just need to be paid in cash, Neil. In advance. I lied to everybody else about this blog post being over, but I'll never lie to you, Neil. This is the actual end. I love you. Wait, maybe that's too much too soon. I intend to love you.