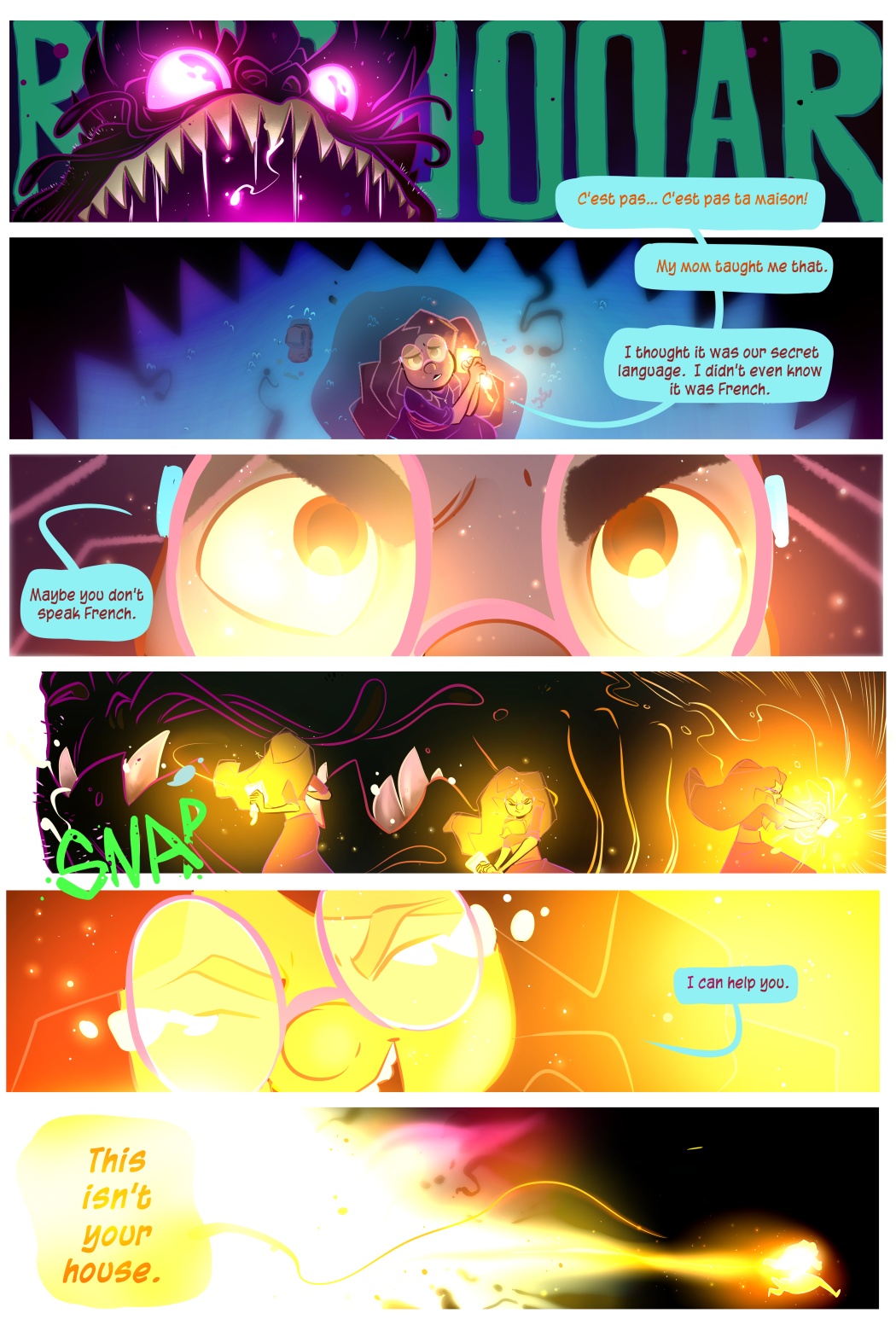 I knew David Edery when he worked at Microsoft, what seems like a thousand years ago, under circumstances you will absorb here in a moment. I think he was more or less driven insane by it. Now he works at Spry Fox with an incredibly small crew, making all kinds of weird shit and getting incredibly bad business advice from ME. I think he does what I do for Mike, which is to say, his primary goal over there is to help other people do what they do best, and it would be hard to put an exact label on it.

Hey, thank you for authorizing On The Rain-Slick Precipice Of Darkness a thousand years ago on Xbox 360. Making games was terrifying, but it was a weird kind of terrifying that I would do again in a heartbeat. I don't know. Maybe it's like a runner's high. My experience had this profound component of trying to outrun a ghostly assailant.

We've spoken at length over many, many empty glasses about the fortunes of Spry Fox - you guys have made a lot of games, and we end up talking before each one comes out like "maybe this will be the one" that will blow up and give you some room to do really crazy shit you want to do. But crazy shit is what you guys like best - these angular, intimidating games - and aggressively "monetizing mobile" is something that gives you the hives. It should be said, I love this about your games. I'm always giving you bad advice about what constitutes legibility in design and gameplay. What is it like to make games that designers love, and praise, but the wider audience struggles with? Does that mean you're close to break-out success, or far away?

David Edery: We've had an unusual run. Relatively early in the life of our company we made Triple Town, which did very well by indie standards but not nearly well enough to keep a 10 person studio going indefinitely, and we co-developed Realm of the Mad God, which *could* have kept us going indefinitely if we hadn't been forced to sell our stake in it. And then we made a bunch of games that, as you said, many of our fellow game designers loved but not enough other people did. This is partially because we became very ambitious after having two minor hits in rapid succession and we dove into much riskier and more experimental projects, it's partially because we benefited in our early days from better market conditions than currently exist, and it's partially because making games is just really fucking hard and we've made a bunch of mistakes.

I'm struggling to describe "what this is like." I tend to be obsessed with my mortality, so when a game we release does poorly I'll find myself dwelling about the fact that I just shit another # months/years of my life down the toilet, and about how little time I have to actually make any sort of difference in the world before I die. You know, to leave some sort of meaningful legacy behind for my daughter. Eventually I force myself to remember how lucky I am, that I have a wonderful family and a beautiful home and good friends and amazing teammates in Spry Fox, and then we're working on the next game (because we're always working on something, if not multiple somethings.) But each failure definitely leaves a scar and the scars pile up. We're in the middle of a pretty good launch with Alphabear and even so I can't stop myself from thinking "any minute now this is all going to go to shit." Some horrible latent bug will upend the game. We'll stop being featured and the game will immediately disappear from everyone's radar. Some asshat at a soulless publisher will clone us and outmarket us. I don't know what it is but something completely horrible will happen any minute now.

Pessimism aside, we've made a bunch of mistakes and we've tried to learn from them. Even if we're really excited about a potential project, if we can't quickly find a way to make it comprehensible to playtesters within a minute, we abandon it. We've probably shelved half a dozen prototypes that we thought were potentially awesome because they seemed difficult to teach. We avoid hiring anyone who lacks significant industry experience because we've found that making original games is hard enough with veterans and too hard without them. We generally avoid partnerships with other studios because we've found that more often than not, even the most awesome studios sometimes have different goals than we do, and those conflicting goals can cause problems that are nobody's "fault" but really jeopardize the project. Those are just a few examples; suffice to say we've changed a lot over the past few years.

I have no idea how close or far we are from having a break-out success. Maybe we're finally on the verge of it with Alphabear. I can't help but doubt it. Mobile is just so brutally competitive. I'm hoping that Alphabear at least turns out like Triple Town - a modest success that helps pay the bills for a good while. People don't realize how long it takes for a development team to gel. It's only in the past year that Spry Fox has started to feel like a really solid team - we understand each other, we trust each other, and there's not much friction as a result. It took five years to get to this point! I can't imagine starting over now. I hope I never have to.

PS. Greenlighting Rain-Slick was a no-brainer; anyone would have done it. But you're welcome all the same. :-)

I then received the following from the "other guy" at Spryfox, Daniel Cook, also called Danc, who philosophizes at Lost Garden. Unlike David, he's much more of a DESIGNER designer. Read his response, and tell me I'm wrong.

Daniel Cook: A very personal question! I can't speak for the whole studio, but a lot of what motivates me is the need to make something great.

Picture dropping a stone in the ocean and having waves spread outward. For years. For decades. Games are these swarm-like procedural systems made of players executing a behavioral code. Where waves are governed by fluid physics, games are governed by designed rules and human physics. Instead of forming a wave, players form cultures around games and spread outward. We drop a great game in the sea of humanity and see what happens.

In the process of crafting these vast dynamic human structures, I think we can do wonderful good in the world. One thing we've played with are large scale persistent cooperative games like Realm of the Mad God or Leap Day or our upcoming MMO. Good game design shifts how people behave. It teaches them new skills and new ways of seeing. What if we can help people master cooperation? Or help form lifetime friendships? That's a deeply motivating challenge.

Our games often experiment. Each design gnaws at several interesting problems that I hadn't explored before.

We release an experimental system, see what sort of splash it makes, rejigger it and repeat. Even if we nail 95% of our theories, we aren't going to get it all right. It is an iterative process of human-mechanical invention.

It isn't a typical approach to crafting games. Instead of following proven patterns, we'll often seek out the personal unknown. Instead of listening to some tribal forum opinion, we'll just build a prototype. The design process is "hey, here is a genre we've never done before. We have no experience and no chance of competing with the big boys. What the hell. Let's try reinventing it from scratch. Let's mix it up with 10 other genres because we've learned to see the Matrix and it's all the same stuff underneath."

Sometimes that works. It can take a large company about 200 person years of dev to harvest a hit game from their portfolio. It takes Spry Fox about 16 person years. Most indies are lucky to have had one success. We are shockingly lucky to have had three. All built on a bloody and painful history of shattered experiments and moronic dreams. :-)

The process here is to learn intimately how games actually work through the hands-on experience building them. It is the difference between listening to a violin and playing one. Each morning we get up and practice playing.

I've been doing this for 20 years and to me games are still a wonderful future of untapped potential. The gaming past is honestly just a tiny subset of what is possible. A personal exploration of that huge future space means we are stumbling around half blind. But that's how you make something better the next time. Store up all those mistakes. Learn from them and stretch deeper into the void the next time.

Sure money matters. We need housing, food, health and stability. Those are base human constraints. Growing up in the economic backwaters of rural Maine, I know that poverty saps grand intellectual or artistic endeavors. Starving artists rarely have the bandwidth to thrive and Americana bootstrap homilies to the contrary are 99% bullshit. I don't aim to be a starving artist; it is a pretty crappy way to live.

So we try to design games that are commercially viable enough to at least let us continue making games. It is a balance and it creates a massive amount of stress. I am one giant compromise at this point in my life. :-)

These are things that drive me. How do we create a rich, meaningful hobby that stands for ages? How do we change the world for the better?

We obviously aren't there yet. We are still learning. But that's okay. If making games were easy, I'd do something else.