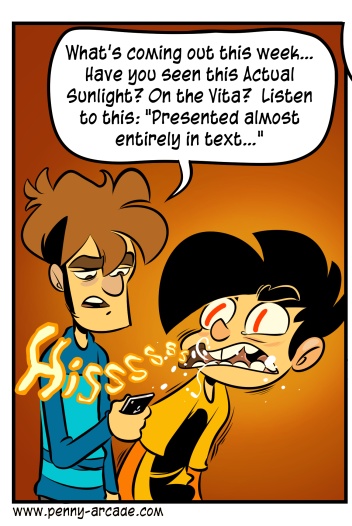 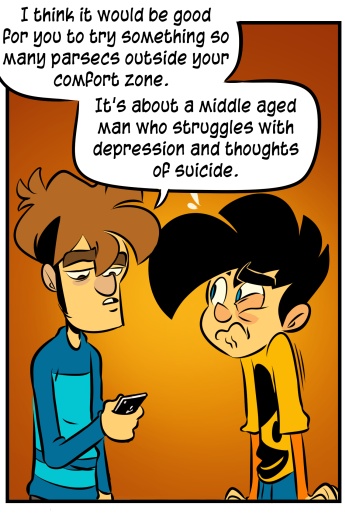 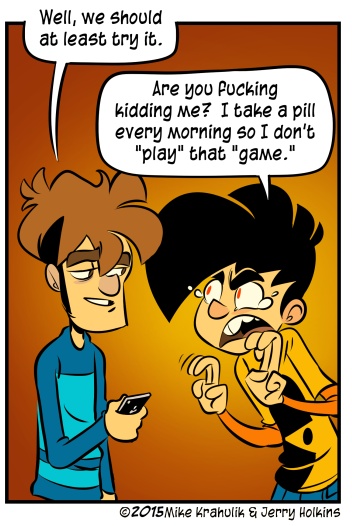 Writing about depression isn't like dancing about architecture, as the saying goes; it's more like dancing about dancing inside a hologram derived from Frank Lloyd Wright's Fallingwater. Two people being depressed have as much in common as any other two people. We've spoken on a semi-regular basis about this creature, hunched in the corner, sussurating its observations. Gabriel and I entertain devils, but they aren't the same devils. The devils don't even like each other. Even our coping strategies for this shit are antisocial.

It's one of the things that complicates the topic a lot. When I read writing about depression, it never seems true. I can already feel my teeth set against the piece of theoretical writing I have just described. There's this bizarre competitive aspect to it, like I'm trying to find out if a person really likes Star Trek by interrogating them about the sixth season of Deep Space Nine.

Throwing your hat into that ring, as Will O'Neill has done with Actual Sunlight, is something I gotta recognize. I want to send him a mail of support. But I don't know, man. If you suffer from depression, maybe releasing a game on the Vita isn't the best idea…?

I finally had a chance to try out Card Hunter in co-op last night. It was late when Mike Fehlauer was able to get online, materializing there as Zarathustran - a venerable, I would say High School era moniker by its construction. It was so late enough so that memories of it were filed in a haphazard jumble, such that I am constantly remembering that it happened, and I am perpetually pleased by it. A version of Card Hunter has just hit the iPad, with a host of customizations and philosophical distinctions, so of course I've decided to double down on the more ancient vintage.

Eventually I stopped playing Card Hunter the first time not because I ceased to enjoy it, but because - as I have said - I came to believe I was playing it incorrectly. What I consider success in a fighting game is to use only counter moves, and I would rather lose a match than win in abrogation of this aesthetic. If a game has co-op, I would rather not play it than play it solo. The problem in the case of Card Hunter was that it had no co-op mode, even though I could always sense that it was latent in the structure. I never thought it would happen, and I was resigned to that.

EXCEPT THEY DID IT and it's so much better this way I can't fucking believe it. Every campaign, including the new one, can be played in this way. I used to play Mechwarrior or Descent: Freespace or Tachyon: The Fringe or any other hyper complex game in a similar way: two people at the same keyboard, playing the same game. It condensed a kind of "gameplay" out of the thin fucking air, the crewing of these machines, and that layer rests o'ertop Card Hunter also now, like cream cheese frosting. The choices are always there, good ones; fun progression, thoughtful mechanics, the things we want from games. But the extrasystemic nature of negotiation and shared success tempers every interaction here, transforming it into electronic dessert.