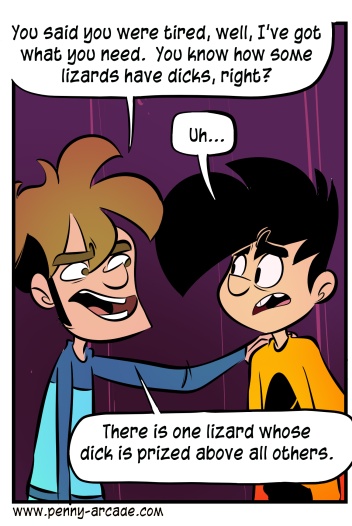 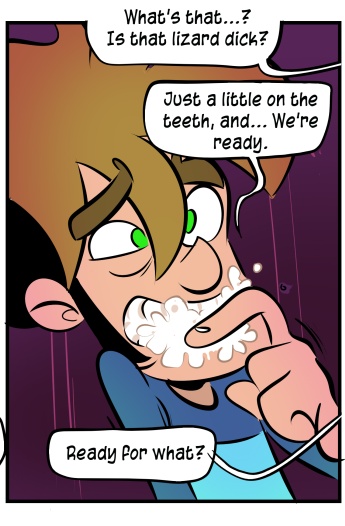 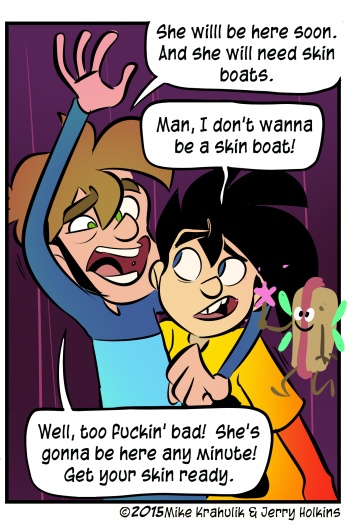 I couldn't get my mouse to work on the desk in the hotel, but I saw a little glossy advertisement for Hiveswap my son had been delighted by, and that is now my Mousepad. So! Thank you, Hiveswap, even if I find your subject matter indistinguishable from an lunar apocalypse cult.

I'm still getting used to the idea that there is a post I need to write during the show. Like crossing the metaphorical streams, trying to stop this hurtling contraption at any point before its conclusion seems like a super bad idea. That said, there have been three solid days of strange happenings and much of it has been noteworthy.

My friend Gabriel has just announced that we're working with Mike Selinker and Lone Shark Games to bring not just his Thornwatch game to market but the entirety of the Eyrewood - Lookouts and Daughters are also along for the ride in what can only be called a triptych of hive runes. I have a sensation that this change is going to impact me far more than Gabe, on the writing side; I'll keep you up to date.

Acquisitions Incorporated was well received on Friday, and having the last slot of the night meant we could go for almost four hours and it was hashtag nbd. I don't know if I've described the phenomenon, but I've never really gotten used to being on stage and I still find it very scary, when I am conscious of it. It became clear a couple shows ago that what makes these events survivable is that I black the fuck out up there. I will come off stage, and someone will say it was great, and I will ask them to tell me what happened because I don't actually know. But the first Acquisitions Incorporated shirts are out at this show, I've just finished writing what is functionally a parody of gamemaster's screen you'll be able to buy, and I think it's time to start taking this thing very, very seriously.

The thoroughly experimental Make a Game panel, a scion of the traditional Make a Strip panel that produced today's strip, was completely fucking insane but not in a bad way. It was like Iron Chef for boardgames which, come to think of it, is a pretty good fucking hook. We had an hour, except that technical challenges conspired to rob us of fully fifteen minutes, leaving us with even less time. I suggested alien pornography as a theme, and I stand by it, but ultimately we settled on the distant world of Delicatessa, a far-flung orb where sandwiches were first to crawl from the ooze and claim the land. Their wars of supremacy defined the gameplay, catalyzed by real-time dice mechanics which startled the design team - that is to say, the creators of those systems - with their power. It was very stressful, but everyone involved seemed to think it was something that should happen again, which is really what you're looking for in a phenomenon.