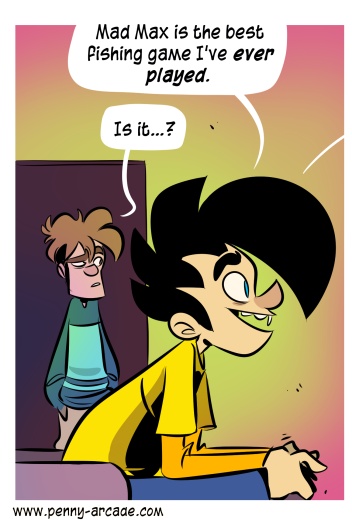 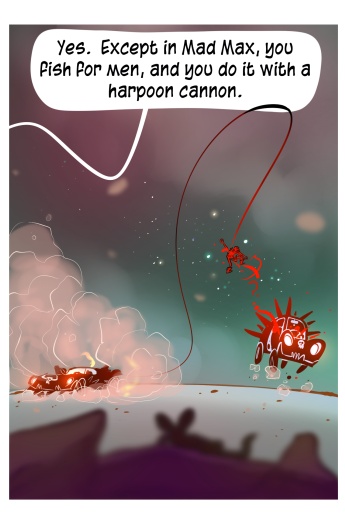 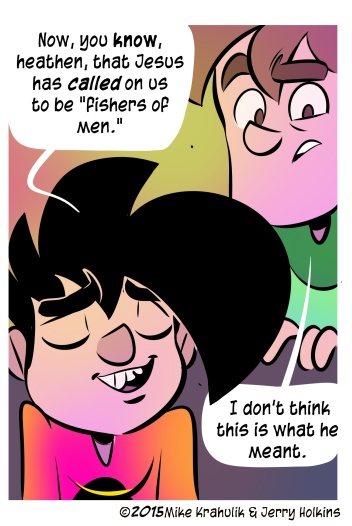 Max Max has been a pretty good medicine for returning to normal life, I would say. I have applied it to every exposed surface and I have been improved thereby.

When it comes to the consumption of game news, I am - as in all things - drawn to the edge case. For instance, when I see a screenshot, I prize high resolution shots of the user interface far more than any other thing. Recall that, like Prometheus, we have gifted mankind vital tools for living. In our case, we fashioned the term Bullshot, which encompasses fraudulent promotional imagery, certainly - but virtually no still shot has any utility to the game enthusiast. Like a back of the box shot or the tiny window into a game universe printed in a magazine, they can spark interpolations on the part of the viewer and that's about it. An interface shot communicates a wealth of data about the aesthetic, cognition, and experience of a game. I'm always seeking them out.

Likewise, individual reviews are only as useful as a particular star on Orion's Belt. They can gesture at a whole, but typically represent gesticulations or (in the case of the recent Metal Gear Solid reviews) genuflections at best. None of this is meant to say that they shouldn't be written, just that they indicate a continuum and, like Pringles, should never be consumed individually. Though, for my taste, I feel very confident reading a review by Jeff Gerstmann, reviews are tools. One is rarely enough to result in anything meaningful.

So it is only when there is a strong disparity of review scores that I take serious notice. I don't entirely know what purpose it serves giving Mad Max a 5, but I don't believe it's correlated in any way with the product. I think this number is a tool designed to make me talk about the review, and I have taken the bait because I'm tired and it made me angry. One may say "this number is an index of someone's personal experience, and therefore cannot be wrong," but that reasoning can be likened to a pirate's cove, where villains take refuge. If the number only refers to the interior geometry of your skull, unmoored from any shared consciousness, maybe numbers are not for you. Maybe you should score games using the names of bones. Maybe you should score games using Nordic women's names exclusively. Maybe this game is a Solveig, but this one is more of an Adelborg.

I could quit the game tomorrow and it wouldn't be anything akin to a 5. You could fire the harpoon once, just one time, hauling a sniper from his perch down, down, into the hot sand, and once the frenzied high-fiving had ceased you might feel the game had already earned its keep.