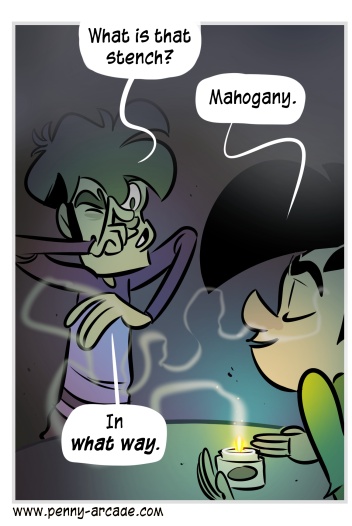 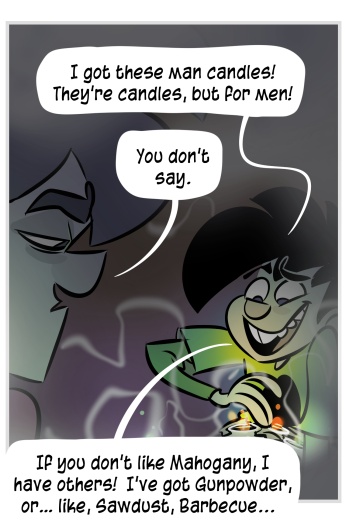 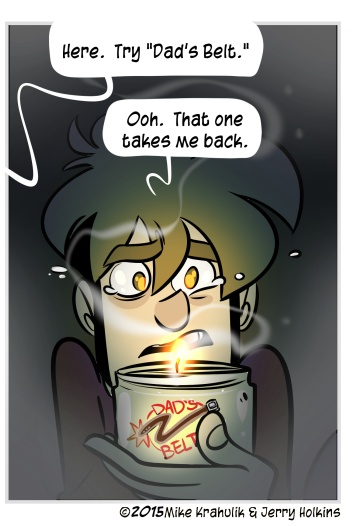 The office I share with Gabrickle always manifests certain properties, certain ratios, which are designed to retain a configuration we have deemed holy. At every turn we have endeavored to replicate Apartment 26 on the off-chance that it was the apartment that was responsible for all of this and not something we did. There is a couch and our desks and a television arranged in accordance with the mysterious weft of the universe.

So it is as much like a living room as possible, essentially. And it was into this fully armed and operational idea gestation engine that he did bring his Man Candles, an assortment of them. I did a search online for "Mandles" and found no less than six purveyors of candles whose scent profiles are optimized for today's man(?). One was even called Mandles, which makes me want to fight. There's low hanging fruit, and then there's just buying some fruit in the produce section of the grocery store. The brand Mork has is called Old Factory, which certainly evokes a realm of productive masculine virtue, but I prefer to think that there is someone over there who managed to sneak the word olfactory into the name of their candle company - and to this person or persons I doff my metaphorical cap.

Some of the candles out there are jokes about the idea of candles for men, which I endorse wholeheartedly. There are also some designed specifically to evoke, and perhaps even summon or bind some kind of Eternal Grandfather. I think it would be difficult to pin down what precisely it means to be a man, I'm not very good at it yet. But at some level it's got to be about Not Giving A Shit if Someone Gives A Shit. By which I mean: if you want to burn candles, and somebody is like "hey you're a man what why are you" and you're like "fuck you, warm honeysuckle 4 lyfe" and then I think you kill them with the candles?