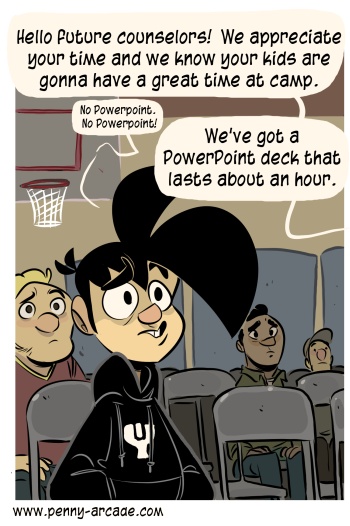 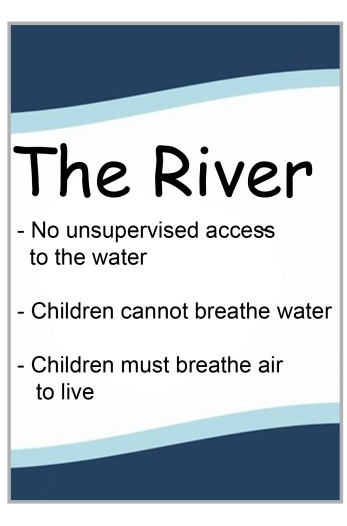 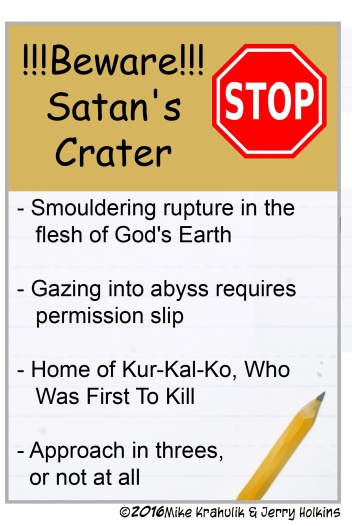 You might recall that our own Gabrak is set to volunteer at camp; counselor orientation just wrapped up and I am given to understand it was suffused with the ancient wisdom.

I suggested when I was talking about fighting games before - and how it's okay for them to disregard, essentially, someone who isn't actually part of their audience - that there's a rhythm under the surface of the genre that I can't perceive. Then, I said that David Sirlin had made a career of simulating various aspects of fighting games as boardgames. I also said that I had a similar problem parsing RTS games, but what I didn't say is that this Sirlin character has also boiled down the RTS into card form with his Kickstarter for Codex.

I suggested that he was mysterious to me, but I didn't say completely how. It's somewhat complicated. People who take games seriously get a bad rap. I don't mean take them seriously culturally, or take them seriously as a hobby - people who have a portion of their identity colonized by the form. I'm not talking about those people. I'm talking about people who take an individual game - the game they are playing at that moment - seriously. There's a lot of breathless hand-wringing and couch-fainting about people who say mean shit when they play videogames, and while I would prefer not to be spoken to in certain ways I understand why: it's because that game is more important to them than it is to me. I know it, and they know it. If you get matched with me on your team, let's be real - I stole twenty minutes of your life, bare minimum. It's vampirism and I belong in prison. We don't have a way of creating a bifurcation between a person who is just a troll or whatever and a person for whom competition is something like an aesthetic value, and for whom abrogations of this tacit pact are fucking infuriating.

I'm not like that, so when I meet someone like Sirlin who is, I get very curious. It takes me months, off and on, to figure out his stuff. In addition to being a "card time strategy game," Codex is also how he would do a CCG, which is to say he would remove the first C. His belief in fair competition is such that he finds fundamental trading card game business model to be a kind of moral affront. The thesis of Codex is that you have all of a particular faction's cards from the get-go, and you build your deck out of a kind of book the way you would choose which units you want to be in your RTS strategy - while you're playing, as part of playing the game. I have every faith that I will be terrible at it, but I still backed it. I have to understand it, and eventually, understand him.