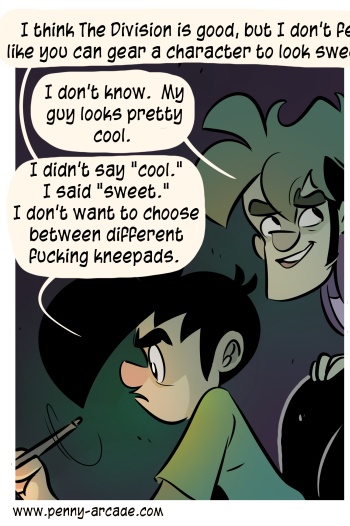 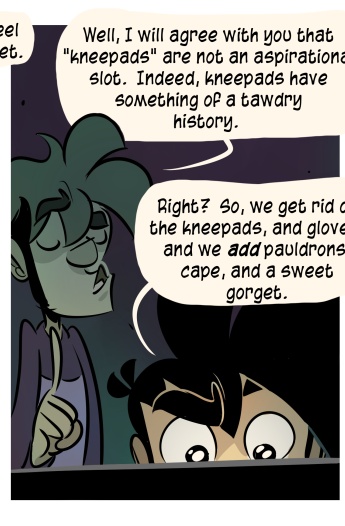 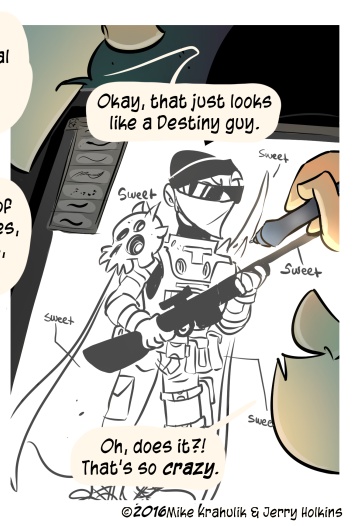 Because I liked The Division, aside from one or two things I'm perfectly able to live with because I'm aware of what it means to live in a finite universe, I had assumed that Gabriel would not like it. That's typically how this sort of thing shakes out. But not this time! Its starting to look like we might play (and potentially even enjoy) the same game at the same time.

I think that The Division will be around a long time, both as a product but also in terms of its ideas being absorbed generally into other games; it might not always feel like it does now. I feel like it could still be what it is and be closer on the characters for example, as the current distance makes the proceedings a little abstract. But in an RPG, loot has to have an aspirational dealio. As it stands, I actually kinda like how a bunch of the things you wear are purely for show - town clothes, things to wear in the tower, etc. - but the near future milieu doesn't exactly tantalize when it comes to looking so fresh and/or clean clean. It's, like… different beanies. These are things I can order (or not order, which is more likely) from catalogs. It's a fundamental part of the setting that agents come from normal life, and it takes place in a real town, but R6, Splinter Cell, and Ghost Recon all have interesting turns in their respective quarters. I think it can still look scavenged and lived in while also being cool. Or, you know. Sweet.

I keep up with what Patreon enables, but I never really knew exactly what I was supposed to do with it myself and never got around to making an account. When I started getting into XCOM2 after the hotfix, poking around in the Steam Workshop the Capnbubs Accessories Pack caught my eye.

If you're still playing, or if you have just joined us, his accessory pack was so good that in a very real way I paid him for something free via Patreon. He's making my soldiers look like a million fucking dollars. It's all for character heads currently, and a lot of it works seamlessly together, even when it really shouldn't; you can wear ballistic goggles on your forehead as a "hat" option, and also on your eyes, so I decided why choose.

People don't know where she's looking, or how many eyes she has really, and I think that gives us an advantage on the mental battlefield.