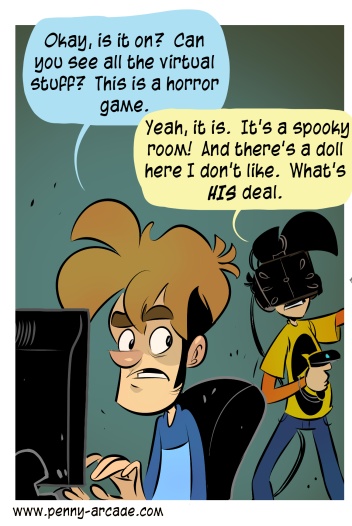 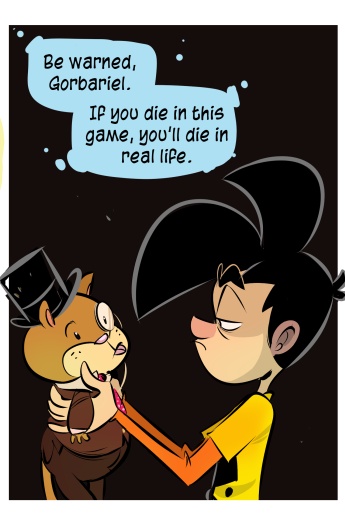 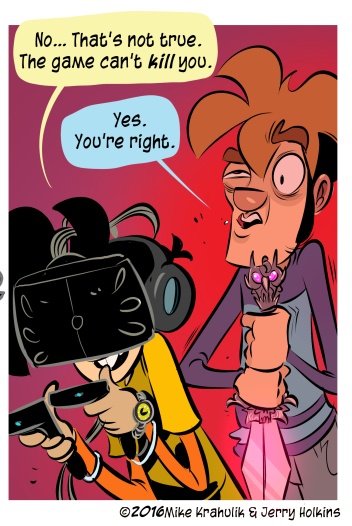 I can't emphasize it enough: VR is real. I have a revolving door at my house of people from every demographic slice that I strap into "my realmz," and nobody can believe the power of these devices to hijack senses and provide presence. They emerge from these places slightly disoriented from the, you know, other false reality, but they aren't nauseous and they are almost always ready to go back in. I feel like there's opportunities to increase the stakes of these cyber glades, but that's a conversation for another time.

I have a brand new problem at my house, I don't know how common it is in general, but you tell me: do you have a hard time getting these Goddamn neighborhood girls to stop using your VR rig? If I had one complaint about young women, it would be this: it is literally impossible to get them to remove your state of the art HMD and to stop creating virtual artwork. They will use it until the controllers have no batteries at all and then they will try to interact with objects exclusively with their face.

These kids are already gamers, though, so for them this stuff is about breaking "established paradigms" of interaction. In Tilt Brush, which most people use, you know, standing up, one of them actually sits on the ground instead and draws a place around her - essentially, making the virtual equivalent of a pillow fort. But Ronia doesn't really have the rules of gaming down well enough to "break" them. This is something I thought about quite a bit when I was playing Animal Crossing: Happy Home Designer or Amiibo Festival with Ronia, two games that leverage incredibly cute, kid-friendly iconography with lo-fi mechanics that both ran afoul of the critical consensus.

When you see those games in operation, you realize how little most games care about teaching people how to play. They're like books, in that if you open up most books, there's no entre for the illiterate. You can read or you can't. Games like the ones I mentioned show Nintendo at their most clever: they're on-ramps. These are games that teach young people to be gamers. If I show Ronia Final Fantasy X, she's going to understand that a dress made of belts is pretty sweet and that's going to be about the balance of it. She hasn't developed that literacy yet, and it's not in a position to teach her. I understand why the games I mentioned might not get great reviews, in the same way we could expect Ebert wouldn't have sung the praises of Elmo's World. The difference is that we would have understood that Ebert's tools were not appropriate for baby shows.

Those games teach skills for an older type of game, though, and I hope she values them, but the ones they need for games in the goggles are skills they already know. One of the girls next door was serving robots in a simulation of a corner store, and after she'd sent the customer away with a huge sack of quarters, slushies, gum, and mustard, she waved. Just because she wanted to; she did not need to press right bumper or be instructed to. She wanted to and she did. Play in reality has an instinctive quality, an automatic, biologically reinforced delight, and we have just begun to port that kind of play.