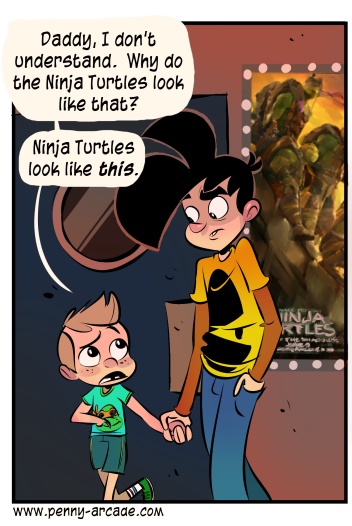 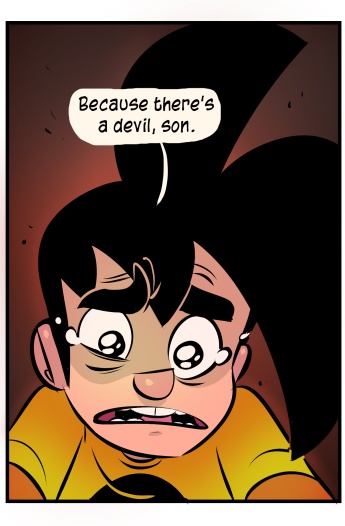 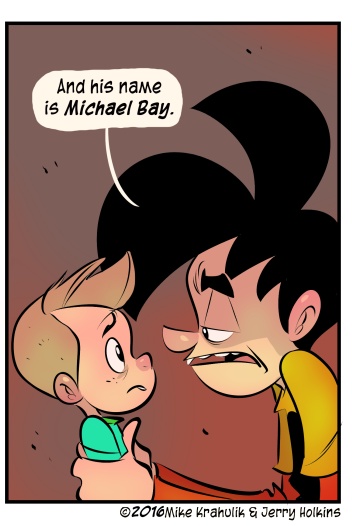 Grob's review of the new TMNT is that it was "non-toxic," which seems… Generally that's a good property in things you consume. Right?

This was when I believed that there was a hell, understand. What's funny about this was that even when I thought there was an incredibly hot place you could be sent to forever simply because you'd never heard of a specific book, or for pretending to be a dwarf, or whatever my church was saying then, I still played Dungeons and Dragons. I'm not sure that's the best tradeoff. I mean, I like D&D or whatever, but the ROI on that deal doesn't entirely work out.

In what must certainly be a contender for Segue Of The Year (SOTY), our own D&D show Acquisitions Incorporated: The Series just debuted. It would be remiss of me not to mention that the word "debuted" makes no fucking sense. Look at it, and say it, what the fuck is even going on there. But put that behind you:

Thanks to Vantage Point Productions, thanks to the cool little motorized thingy that carried the camera back and forth and made us look like professionals, thank you Mike Fehlauer for the use of an authentic, real basement, as is good and proper. Thanks to Wizards of the Coast for giving us such a cool toy to play with. Thank you to my friends Mike Krahulik, Scott Kurtz, and Pat Rothfuss for sitting around the table with me. This adventure leads up to the big game at PAX West, so make it a point to absorb its many signs and portents.