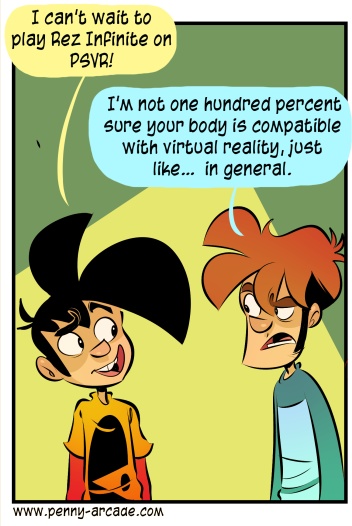 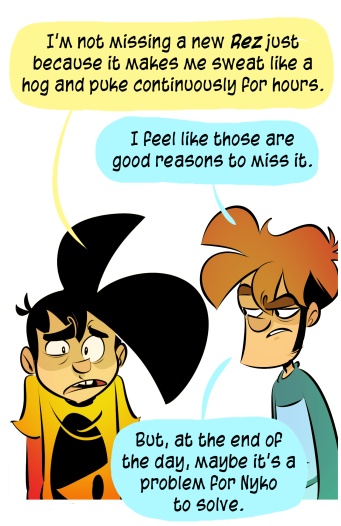 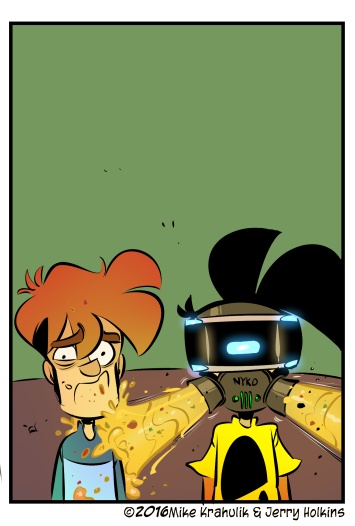 We had initially considered a comic where the device in question simply cooled the vomit, or stores it in tanks; I made a play for something like a Fremen Stillsuit, where it refracted the vomit in the manner of a prism, a vomit prism, into rich oils suitable for nourishing leather and Clif Bars. It not in the strip! That is your indication that I did not succeed in my noble mission.

I don't know what greasy ol' Gribs is supposed to do about his stupid firmware. In the same way some people can't be pilots, even if they want to, even if Mrs. Greevey in second grade said you could be anything you wanted, Grabonzo Bean lives in literal, spiritual, and now virtual darkness like a Morlock. It's at the point where he is reticent to even don the Cyber Helm. For someone else, I might suggest a regimen of Cognitive Behavioral Therapy (CBT) involving a virtual world where he enters virtual worlds, but my guess is that this would just result in him vomiting from entirely new places - places we don't associate with the activity at all. But, yeah; I'm typing this inside Virtual Desktop like fucking TRON and he's over there eating shit like a shit-eater.

Acquisitions Incorporated: The Series continues to acquire episodes at a heady pace: One, Two, Three, and now, well, Four I guess. I guess it's not super crazy that four would be next.

And remember: this season leads directly into the game at PAX West, so keep an eye on it. Oh! And the First 15 for Shadow of the Beast turned out pretty good, I thought.

You know, if you're into Beasts or whatever. 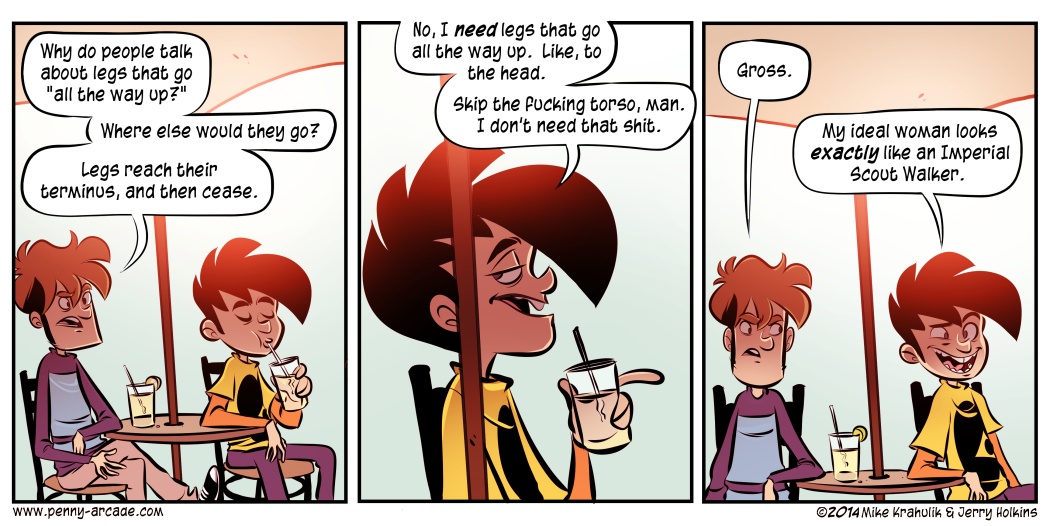