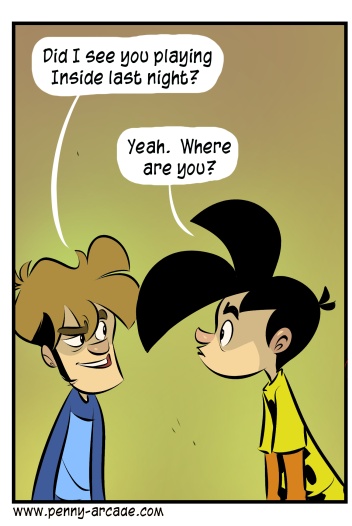 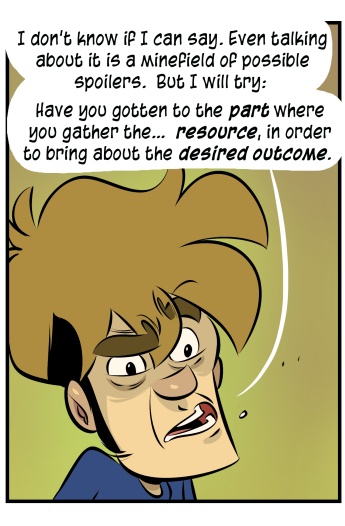 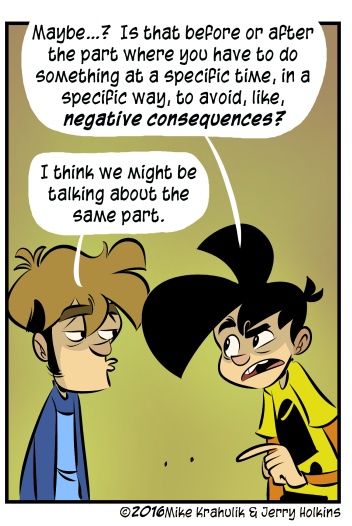 I knew that something strange was going on when I saw that Gabriel had slunk onto Xbox Live. What strange force could compel him? It was Playdead's Inside, and they made Limbo back in the Cretaceous, so, you know. It's a pretty fuckin' strange force.

Its always good to be circumspect in your discussion of game events, but when the game is only a "couple few" hours long it transmutes into an iron law. I think we've managed to encapsulate the quandary.

I think it's perfect. For me, perfect isn't about comparing all earthly objects and determining a hierarchy atop which Inside may slouch like a languid regent. I don't see any reason to compare Final Fantasy VII to Crash Team Racing. Within Final Fantasy as a series, or inside a specific genre, maybe some other time. But Perfection is about internal consistency, like the arrangement of carbon in a diamond. Inside hails from a universe two or three feet to the left of ours, where Out of this World (or, Another World, if you prefer) and its progeny represent the entire spectrum of human digital expression. It is perfect because their intention is clear and they created an instrument to embody that intention. The note this instrument plays is the game we call Inside.

Apparently, there is some kind of collectible twinkling in every dark shadow of Inside; you see that in the "beautiful, big idea platform puzzler." I don't want to turn down content, I guess, but I don't need it.

I have to tell you: I have no idea what the collectibles even look like. I said they twinkled purely as a metaphor; maybe they gleam instead. I ran and ran an ran because I was scared to fucking death. Whenever I couldn't run, I was agitated; I "solved puzzles" only because hey would allow me to keep running.

Oh, and once more, for luck. Acquisitions Incorporated: Episode 5!