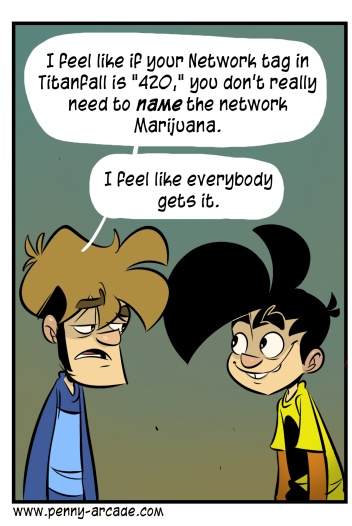 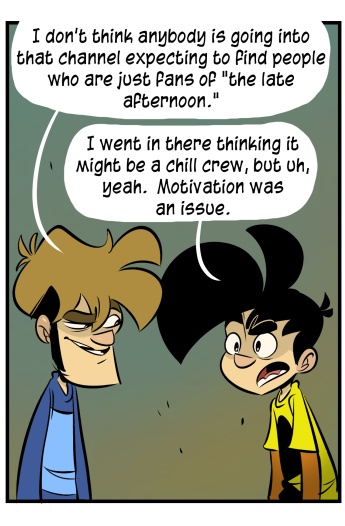 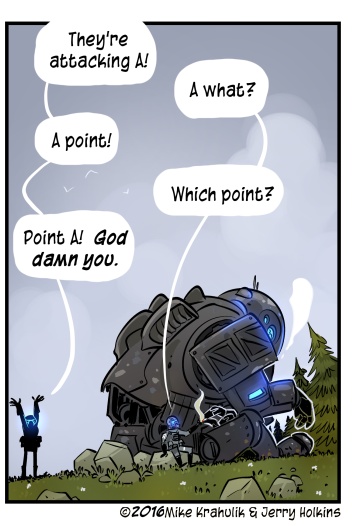 Networks are one of the new features in Titanfall 2; like an IRC channel that has become frighteningly aware, it's something I can see coloring a lot of my experience with the game. Naming conventions have historically been a source of raw comicium in the past, and it's no different today.

It reminds me in some ways of the lowest tier of experience in Chromehounds, a game I bring up whenever I can because even if it didn't set the world on fire - it was essentially Robot Lego + "Fuck You" levels of opacity for new players - people who make games played the fuck out of it and sometimes you can see the effects. Essentially, a Network is a purpose built-lobby, and you can join games directly out of it, inviting the Network to join you. It's already cool; you can incentivize people in your Network by setting a "happy hour" in which people earn more credits. Conceived of as a platform for internetwork interactions, though, it's hard not to see how pushing rivalries and tracking blood oaths with novel rewards couldn't be really, really powerful.

I had a chance to play some more over the last weekend, I really like playing it, even if there's no smart pistol. One of the greater conflicts in general, though, between proponents of the first game and the mechanics of the new one is the fact that Titans don't have regenerating shields in the way that Pilots have regenerating health. That's a whole deal by itself, but jumping on a Titan as a pilot used to mean firing into its brains and killing it, and now it means something else the first time, which only compounds the other thing.

What happens now is that jumping on a Titan as a pilot - "rodeo," in Titanfall parlance - has a completely new interaction, where you create a kind of resource by removing the battery. You can then put that battery in a friendly Titan, and grant them a shield. I like it as a design space because I think anything that embroiders the asymmetry between the two scales of play is good. Simply granting a shield is too reductive for me, though, because I can't stop thinking about all the different things that could happen there.

To my mind, that's something you configure at the pilot tier. If you hit up the official forums, everybody has a different solution for this shields/battery problem. I think Respawn should weaponize that authentic community drive, harness it, and let people do what they want with that resource. Damage buffs. Regenerating shields. EMP. Removing batteries could be a space like that, too. The way you would choose different grenades, we should be able to play with that ecosystem to our benefit and the benefit of our allies.

It comes out October 28th, just before PAX Aus, so all the nerd shit I'm talking about is probably just some combination of annoying and impossible. Titanfall is enough different from a typical shooter that it's hard not to think about how to shape it, to adjust these levers, to flip up the protective shield over the red button and see what would happen.