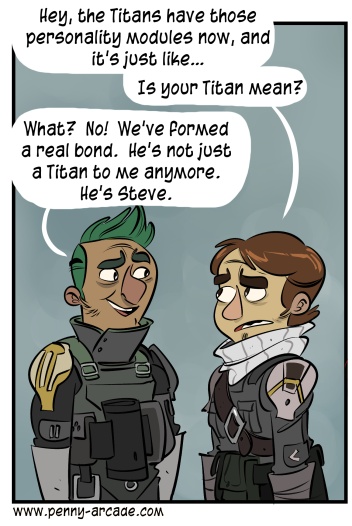 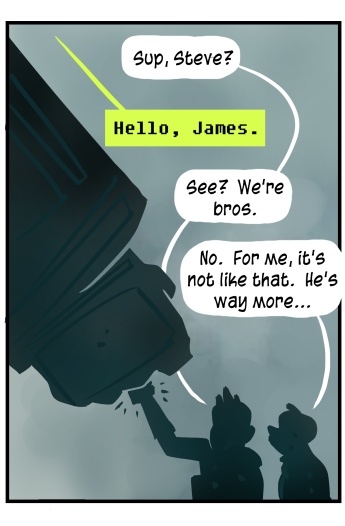 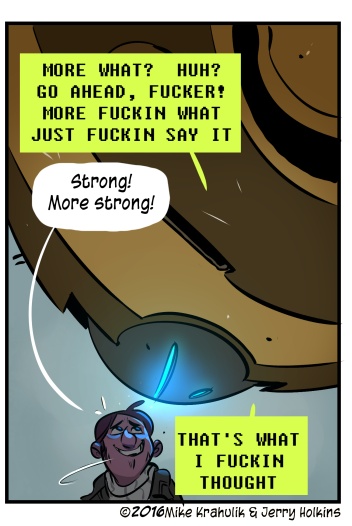 There's more story in the Tutorial of Titanfall 2 than there was in Titanfall, and I love the personality they've brought to the bots themselves. I really liked the Titanfall 2 test as a generality; I also liked Tribes 2, and Gabriel and I were the only ones. I suspect that it was a pretty rough weekend over at Respawn.

As I was playing it, and liking it, I was also making assumptions about things that weren't true. For example, I wasn't aware that Burn Cards were gone gone. I read an article where a developer delivers what I would describe as "ineffective argumentation" about that, specifically calling out one of the coolest manifestations of Burn Cards - the Atlas Refurb. Essentially, it allows someone to start the game with a Titan. When I start a match, and I see one of those fucking things fall, trust me: that's not a bad thing. It's scary in the best possible way. That is something that reinforces their loop. I believe Titanfall more than I believe other shooters, and part of that is that there are multiple scales of engagement: it's not just fast hitboxes running around a post apocalyptic aquarium. Judicious shortcuts of their loop, gated by card rarity, I mean… that's a bad example.

Amped Hardpoint is baller supreme. And I love Bounty Hunt; it recalls Kingpin's Bagman mode, a type of play the Wikipedia page doesn't even mention - I refer to it myself, here, purely to make me look old. But the collection of "value" from game interactions that can be deposited or stolen is a fascination of mine. I like the wave-based dynamism and I like the terror that comes from sitting on a huge pile of cash before I can drop it off. But those modes are no substitute for Attrition, also known as "Titanfall."

I thought for certain - for certain - that we'd see an entrenchment of Attrition's deeply clever competition for resources in the form of AI Bots. It's just something I can't get enough of; Splinter Cell: Conviction's underrated Hunter mode plays with this also. Where I expected it to go was deeper into the place they had charted: something MOBA inflected. That game could be in here too, somewhere. Still like it. Might even love it. But it's strange to think that we had such different ideas about what they had made. I wonder if they felt that they had not succeeded in some way in their first at bat, and the sequel is a chance to do it "right." I should ask, and see what they say.

It's true that Acquisitions Incorporated: The Series: Season One: Yay has just wrapped up. But that doesn't mean the adventure is over: now your torso can have an adventure all its own, with Gavin's supernatural Wizard Cop tee:

I will marry this shirt the moment the law allows for it.