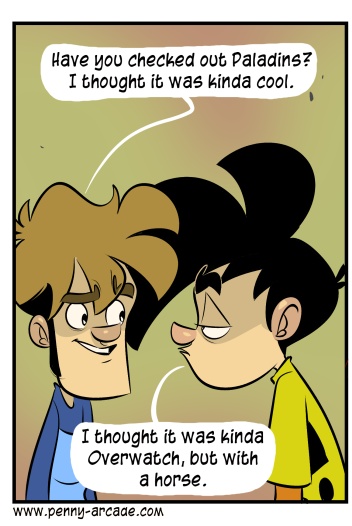 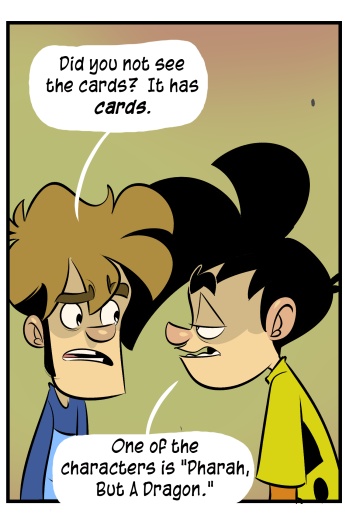 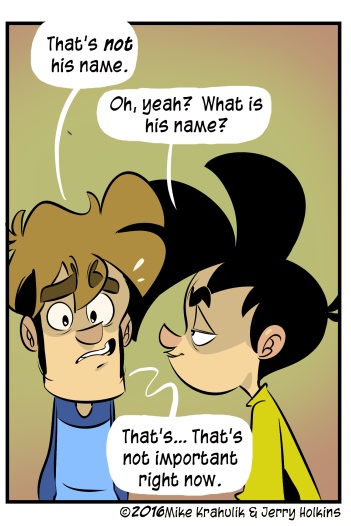 I had played Paladins at an earlier point in its development, a couple months ago I believe, and while Overwatch was definitely front of mind as a character shooter for some reason I pulled something else out of it - like a mad sommelier warbling about "catcher's mitts" and "seafoam," I was catching hints of WoW Battlegrounds, Tribes, and peppercorn. Because of my sophisticated palate, you see. Grob Grob has another position, the position of people generally, which is that Paladins is Overwatch not with the serial numbers filed off, but with the serial numbers worn at a jaunty angle like a hat.

Hi-Rez COO Todd Harris leapt into the jaws of Reddit to talk about how long they've been making this game, and here's how it looked, and Overwatch is a thing obviously but look at this ancient footage. That's a tough position to be in, I think - where you might be right, but nobody is obligated to care? That seems like some rough-ass terrain.

And, hey! I learned how to play Atlas Reactor from the people who made it on this week's Tycho Tries.

I was terrible at it, and Lockwood isn't the right character for me. I play Zuki now more or less exclusively, which probably isn't healthy; I should explore more of the characters and systems. But I have her built in such a way that she's essentially a "controller" in D&D 4e terminology. I get kills with her, but her purpose is really to guide enemy behavior and cripple their damage potential. Anyway. It's scary being thrown into the deep end for PVP, but it's the best way to learn it. If you stick with it, eventually that terror begins to provide something akin to motivation.