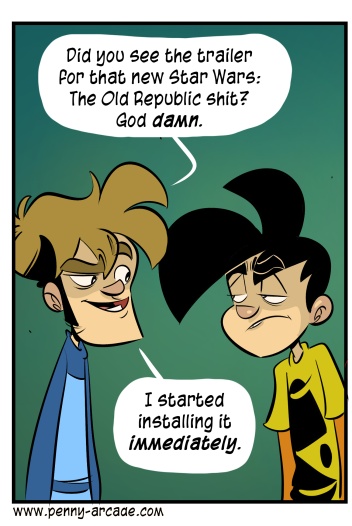 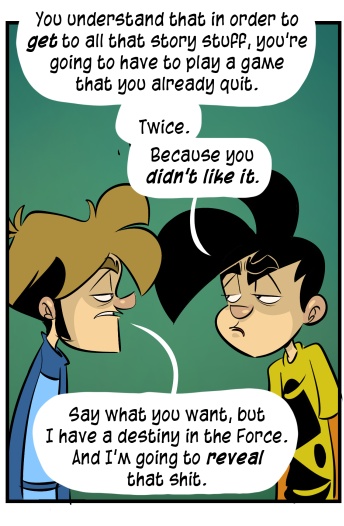 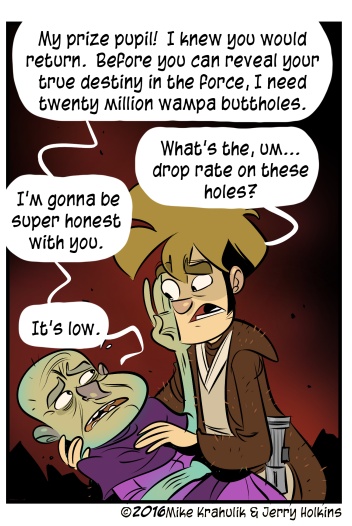 I absolutely one hundred percent installed Star Wars: The Old Republic again. That's canon. I quit when all my friends quit, back when I completed my main class arc and the game just sort of stalled out. They asked me to go back to base for some reason but nothing happened there, and it started to feel like a trick; there's a time-tested response to such things.

They've released a couple trailers that made me take notice since then, in a more recent time, after SWTOR had risen from premium ash to become a free to play Phoenix. I can recall the original question about the product at root going something like this: the narrative aspects of the game set it apart, but that's not really something you can expect to continue, and what you'll actually be doing is collecting various kinds of teeth and pulverizing the same fuckin' elite jerk for a sliver of statistical advantage. Except they really did do it! They really did do the thing people said they wouldn't or couldn't do. Outside of these trailers I never really see anything about TOR in the news I expose myself to, which gives the game and its adherents the cloistered character of a wizard-cult, which, when you think about it, is way on brand for the IP.

The specific trailer the strip is about is called Betrayal, and there's a lot to like about it, but for me it really gets down to the three seconds from 1:56 to 1:58. That rapid-fire changing of the seasons is the credit line that funds the rest of this effort.

Installing an executable and resuscitating my old account is the least I could do, after that. That trailer looks mad expensive; I can meet a motherfucker half-way. I'm going to gain five levels, and see how I feel. Is there a particular space boot I'm pining for, just by way of example. Is there an ancient yet somehow futuristic prophecy-type thing I can horn in on? I try not to horn, just as a rule; my grandfather always frowned on it. But I would be willing to reevaluate my policy.