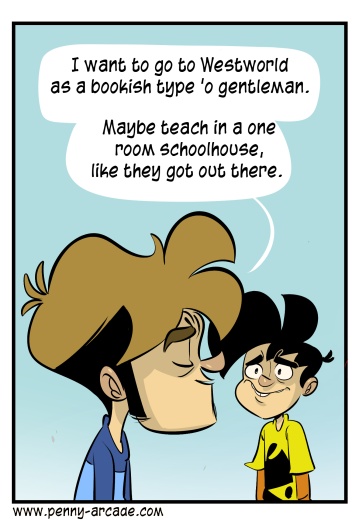 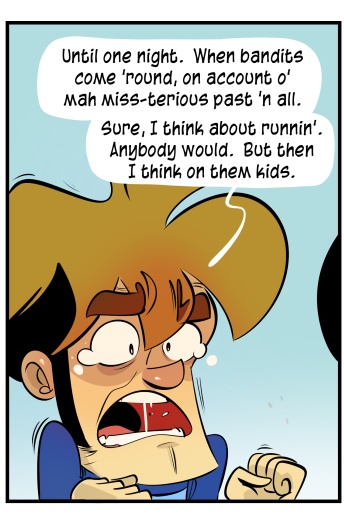 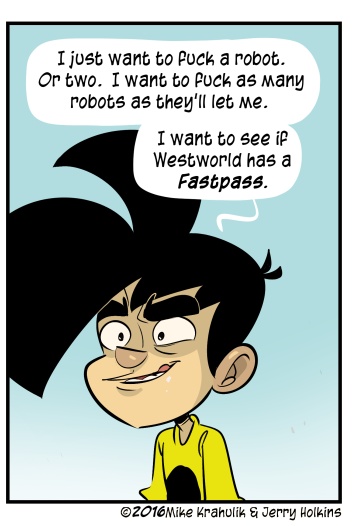 I'm completely obsessed with Westworld. There are a lot of articles about Westworld, but I don't read them; I only talk to my friends about it. I know enough from the headlines out barking for their wares inside that HBO has essentially weaponized the thinkpiece as a modus of self-promotion. But how could you not write about it, is my question. We're constantly hearing about the eternal, whirling dangers of games aping cinema, or not being willing to accept that they exist in the continuum of storytelling and thus have much to learn from it, or being desirous of the cultural cache afforded other media, but here you have something quite odd: a show informed by games, but not in the gaudy, obvious way this tends to happen. A show informed by the fundamental ideas behind games, gamers, and gaming that - if you start getting into it - is a kind of game itself, by virtue of its folded mysteries.

Recall that my two primary obsessions thematically are Artificial Intelligence (that is to say, the only alien intelligence we are likely to encounter) and Sherlock Holmes. Thinking on it further, it's not really Sherlock Holmes, though he is certainly an exemplar of the form: the fascination is with what d20 Modern would have called a Smart Hero. That isn't to say that the second season of Westworld shouldn't take place in Victorian London. Indeed, I am specifically advocating for that. I have a different sort of fantasy life than most guests seem to crave which involves warm hats and, on those unfortunate occasions other methods do not suffice, the measured application of baritsu.

It's Friday as I write this, even though it's Thursday where you are, statistically speaking. In about forty five minutes I will put on pants and go to PAX Australia, where the values lie (to coin a phrase):

If you're at the show, and you see me, come say hi. I don't bite. Well, I bite food, but even then I am reticent. I do it only to aid in digestion.