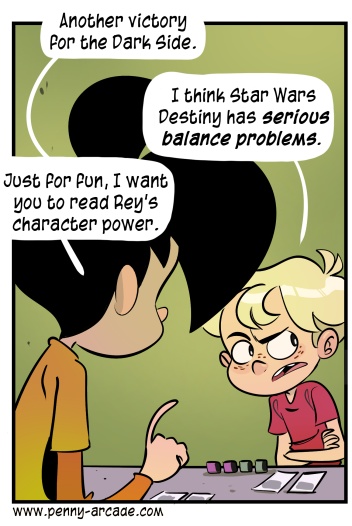 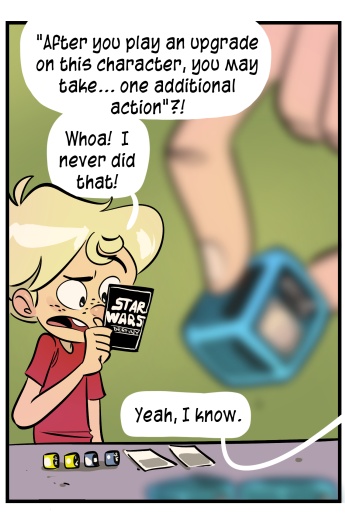 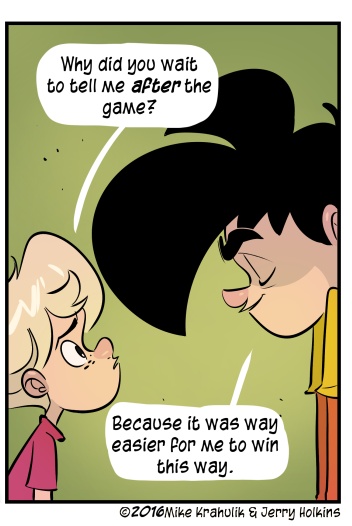 I occasionally try to utilize my notoriety to get shit. I feel my alignment shifting when I do, a grinding pressure, a sense that perhaps my momma raised me wrong after all, so I don't try to run game with great frequency. In the context I was raised in it's of a piece with "putting on airs," like literacy. When I attempt to use my Ultimate, I tell you here; as often as not, it doesn't work at all. At PAX West, a few months before the official release of Star Wars: Destiny, I had a chance to drop into a demo during the show and it essentially arrested the natural motion of my thoughts. A steel rod was inserted into a moving bike wheel until every spoke was wrenched out, and then it rolled off into a hedge very slowly and fell over.

I tried to buy his Goddamn demo kit straight off him. No dice. I considered shedding this husk and revealing my soul lantern, to grant him entre into the deliberations of my Spirit Court. I think by that time he found these writhings amusing, more than anything. A box came last week, with Star Wars RPG books to review, and a couple starters for Destiny were spread atop the books like frosting. I assume they were included out of pity.

It's out now, but wherever it materializes it disappears quickly, bopped into nonexistence like a mole. Know that if you see them available online somewhere, you are racing me to buy them.

Our own Gabriel explained the system to me with incredible clarity, and I think I remember having a headset on when he made this gleaming revelation, so it should materialize as a podcast: in many CCGs, there is the concept of The Chain. This "chain" represents time in a hyper-granular way so that you can discern what happens when many things are happening at once. Or, when something happens that negates something else that happened previously. There is a Zen Koan sort of texture to it; does a monster deal damage if it doesn't exist?

Here's what he said. Star Wars: Destiny explodes the chain out, so that every action is atomized: each act is your entire turn. In many CCGs, your "turn" is this hydra-headed, multifarious beast with a multi-step upkeep, then as many discrete acts as you can pay for, occasionally interrupted by cards your opponent plays during your turn that you respond to and so forth. In SW:D, simply generating a resource - like tapping Mana - is an entire turn. So now, the spotlight comes back to you: why did they generate that resource? What do they want to do with it? Is it more advantageous for me to try and counter that pool, or crank up my own shenanigans that they have a chance to reckon with? It's played in rounds; when both players pass, then everybody handles a big upkeep phase together. It's really fast, it's really clever, and if there's a physical CCG more suited to digital play I don't know about it. Holy shit. Also, it's a game played with cards and dice - these dice are where the resources get generated. These cubes are a bit larger than most, with a smooth texture and rounded corners, and each booster pack comes with a dice in it. The want to possess them has piquant notes of Dragon Sickness.

Gabe and his eldest just played the starters for a while, sans boosters of any kind; the play format I think allows for you to wring a lot of play from the learning phase.

If you haven't been keeping up with the latest Welcome To PAX shows, this would be a good time to catch up. They're done by friend and ally Octavio Abea, and they're pretty intimate. The more of them we've done, the closer we've tried to get him installed into the current of the show - the show at the top, PAX, but also pulling threads and showing him all the tiny conventions that people bring with them, some of which have been around for years. The latest episode is about Acquisitions Incorporated, and lets you see the wild crush before the show to get it stood up.

Remember that you can also subscribe to the channel to receive juice of this kind at the very peak of its freshness.