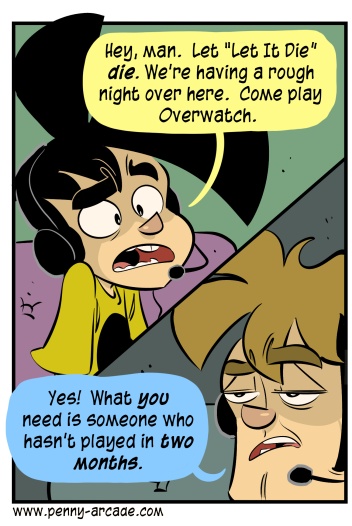 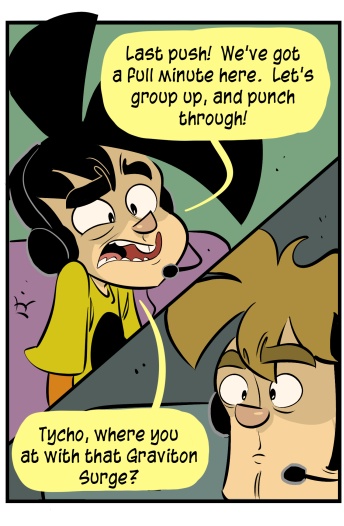 Two or three times a night in Overwatch I might undergo what I'll call a "Competency Spike," where I deliver a moment not incredible but merely… conscious. Performance above that which might be delivered were a cat to knock your gamepad off the pouf, generating wholly random inputs on the way down. Or a gentle zephyr which causes a branch to press the buttons of a controller inadvertently.

I did take him up on his offer, joining he, Kara, Levin, and Amy The Falcon for a couple hours while Brenna and her friend Liza plotted revolution out in the Kitchen, where I suspect many revolutions have their genesis. And it wasn't that bad! I didn't use my super in the ship. I don't mind looking useless in order to entertain you, see the above paragraphs, but this is a tier of shame I don't want to embody even in a humorous context. Imagine Zarya and her teammates watching the Graviton Surge, lit by its impotent blue glow for a few seconds before it winks out.

It feels like murder. Can you murder your Ult? I bet I could.

It's PAX South today, and the next three, in the glorious new manifestation of the Henry B. González Convention Center. It's like when Grotle evolved into Torterra level stuff. Now the show dwells within the heart of this benevolent creature, and we rejoice together. 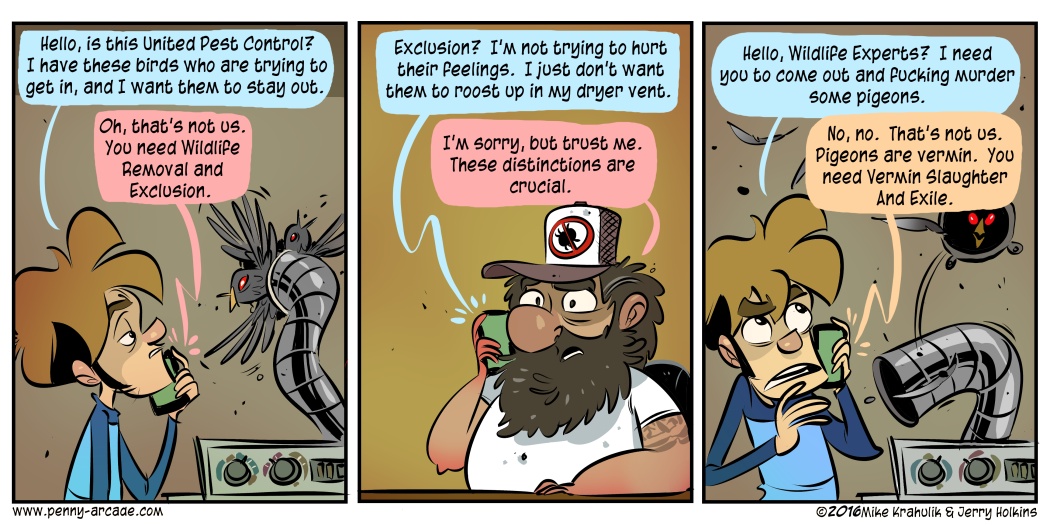