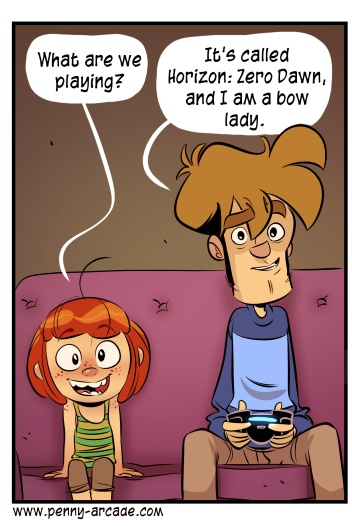 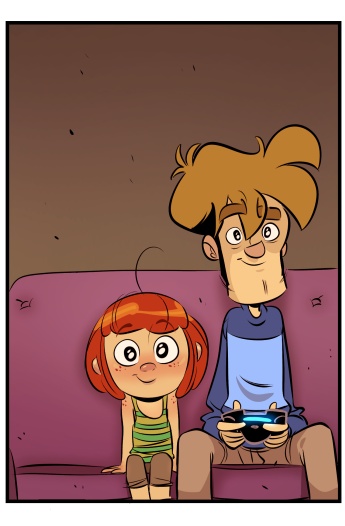 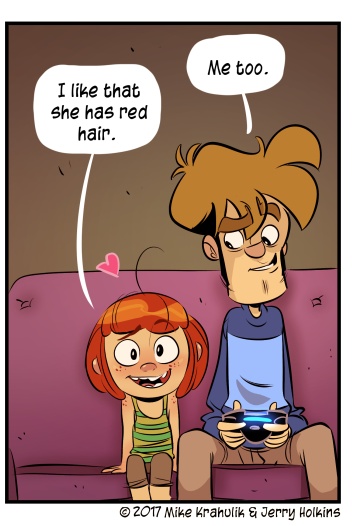 Horizon: Zero Dawn comes out on the 28th here in the States, and March 1st in Europe. My feeling is that you should buy it.

The introduction has a few very interesting moments, and my daughter Ronia was there for all of them; when the game begins, there are many games it could be. I like the one that it chooses, but they take their time to let things breathe in this unformed space. They allow the center to bake through.

Horizon is clung-to by incredibly strange ideas; Ronia doesn't know much about the game, other than the fact that the protagonist looks like her. But Aloy is also like Ronia, in that she's clever, and she often arrives at the conceptual station before her old man does.

I don't think it's a spoiler to say there's a montage. I recognized it well, because I'm living in one now. The way time works when you have a kid her age is that so much information is coming through, so much data is being created and processed, that you can only get it in slices. It's like Whatever Rocky Was Doing, but now it's a few seconds of her holding her white dog's face in her hands and now I'm taking out a splinter and now she wants to kiss someone but she doesn't understand why followed by her handwriting is now better than my handwriting followed by tearing a picture she made but doesn't like in half followed by the realization that there are things even tape can't fix.

I'm a complete mess, but she's gonna be okay. It seems like a little thing, but I saw it happen the moment she saw a self that she recognized in a work of art.