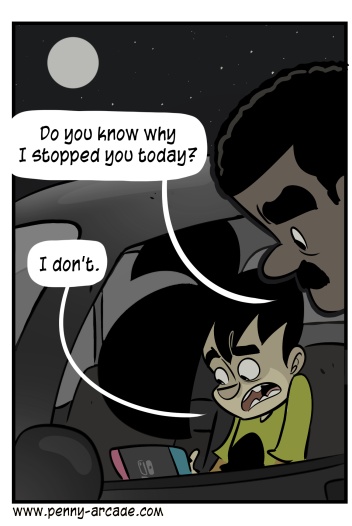 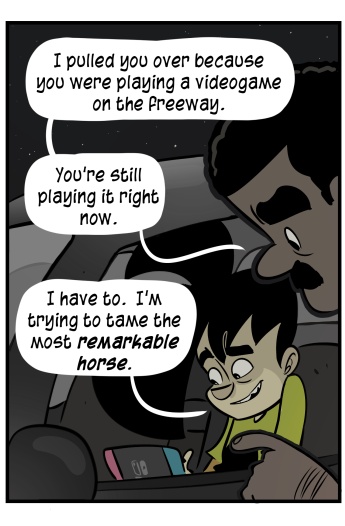 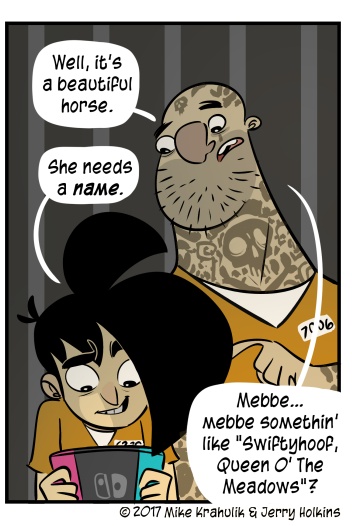 If Gabe is playing a game at home and then decides to play it at the office, there's usually a point at which you need to make absolutely certain the save has been copied up into the cloud from his PS4. And then you need to make sure that you've copied it back up after you play, which doesn't, you know… always happen. Since last Friday, he's been playing The Legend of Zelda: Breath of the Wild on his Switch, and then… just bringing in the Switch. Like, the whole thing. It's still kind of a weird idea even though I've seen it happen multiple times. Obviously playing while in transit to and from isn't a great strategy. Y'know. Don't do that.

I know Kiko, Gavin, and Dabe are actually saving Zelda for the plane out east, and they might not be the only ones - I fully expect the flights to PAX East to be dense with those who are starting that game for the first time, and I'm here to tell you: it's gonna fuck you up.

The "rules" of Zelda games get fed through a chipper shredder, and are transformed into clouds of celebratory confetti. They've enunciated a kind of "physics of play" that reminds me of the research and execution that went into Job Simulator. What do brains like? What feels intrinsically good to humans? They've gotten down to some first principles in flagship franchise they could have played it safe on - and they didn't. Welcome to the masterclass.

Our producer Josh and also our Gabriel are both out sick today, which deals critical damage to our afternoon stream. I'll spend that time working on the The "C" Team and cutting people apart in For Honor to get me that Goddamn watch.