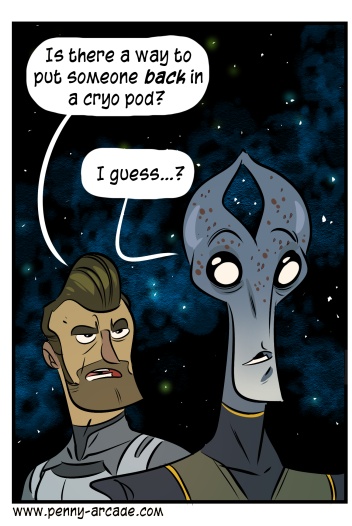 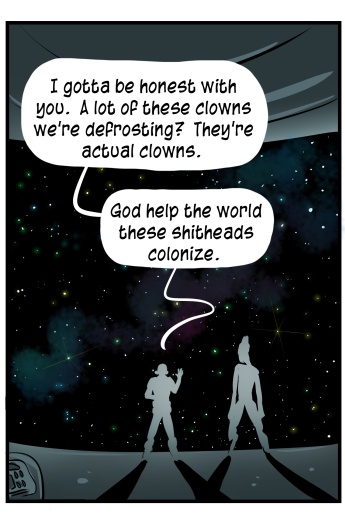 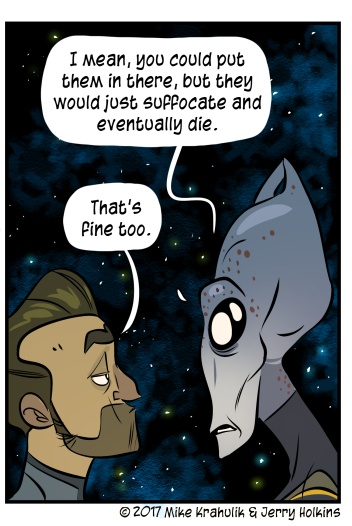 One of the more interesting things that happens in Dragon Age: Inquisition is that your actions all call back to the central quest; I liked the War Table way, way more than I can express with the human words. It was beautiful and had great writing, elevating some surface worker placement type shit into something I… well, believed. I thought it was really happening, on some level. I thought I was a woman moving important things on a real table. That's a good trick.

One of the things people like about Andromeda is that the things they're doing all feed back in a similar way, except this time we're trying to make a habitable-ass cluster. The manner in which this process bridges the systemic and narrative space is that as this place becomes more habitable, you thaw groups of people out to live there - and you get to choose what type of people, which determines the nature of certain buffs. I like it as a concept more than I like the specific implementations. I don't know! Brenna is gone this weekend, so I'm going to progress as far as I possibly can in the game - as far as I'm gonna, possibly. I either need something to change in this game or I need to become a person capable of its absorption.

Episode 4 of Acquisitions Incorporated: The "C" Team is now available. Entitled Dungeons & Wagons Part One, it involves far more of the latter than the former. You can also roll through for the aftershow Table Talk, if for some reason you do not want the experience to end and would like to prolong it. Also, Omin would chastise me if I did not mention our deeply stocked AcqInc Gift Shop.

Of course, you'll be able to grab the show on the YouTubes and via Podcast come Saturday, and many do, but you should definitely try to catch the show live if you can. Same show! It's the same show that you like. But there is always, always, creeping in at the edges, the possibility of catastrophe. There is always a bellows exciting the coals of doom. Consider it.