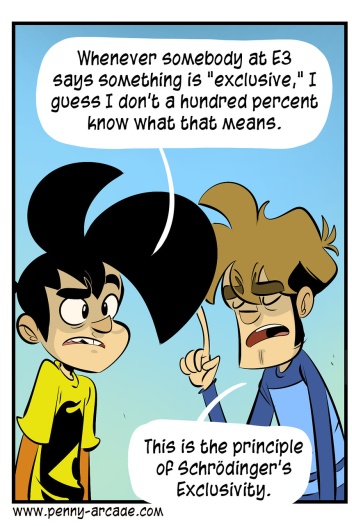 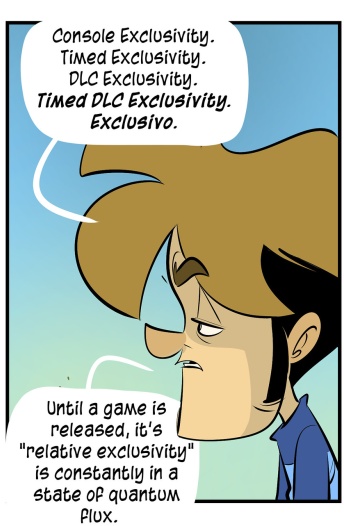 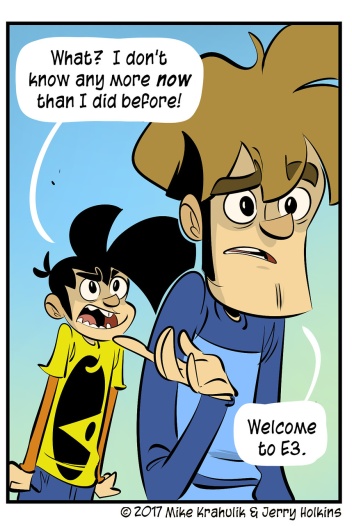 I'm not even interested in peeling the Exclusivity onion. The only medicine for these Goddamn maneuvers is to tend a fucking menagerie of consoles so that you can never be flanked by these beasts. Here is our exxxclusive guide to exclusivity - only at Pronny Urcrod Dort Crim.

My favorite thing from E3 so far is Mario + Rabbids: Kingdom Battle, and I'm not makin' a joke. Well… Anthem, also. But I occasionally move the controllers on a Switch that isn't even on, and when I do so, I am iterating a fantasy where I play this unlikely creature. I've been getting way into Disgaea on Switch, it's the ultimate platform for tactics games - superior even to the PSP and Vita, which held the title previously. The care on the visuals is supreme. It has some local co-op. And this guy who made it cries in the video, at around the 3:45 mark. It's an act of worship. Lemme at it.

One of the things I like about Nintendo platforms is that the haunted thicket of "platform" doesn't exist there. Generally, and this has been true for a while, you don't really want to get a third party game there because it (generally speaking) can't manifest with thee technical sophistication it would on other platforms. It's simply not where Nintendo puts their character points. You go there to get their stuff, because that's where it lives. They offer magic wardrobes that go to a specific place and I like that.

If you were poking around in our expansive Acquisitions Incorporated Gift Shop, slick with anticipatory sweat, consider waiting until after 2:00pm PDT today before checking out. I'm just saying!