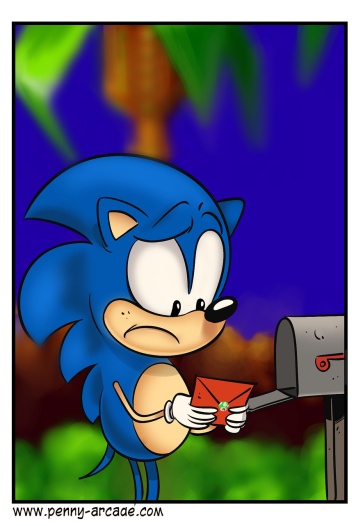 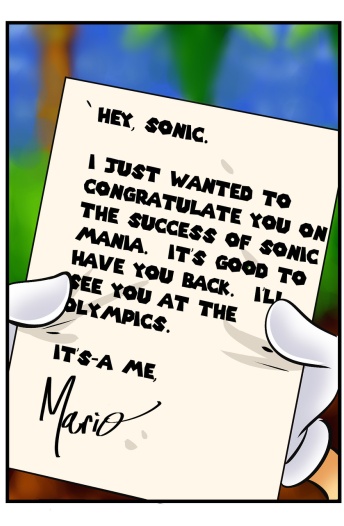 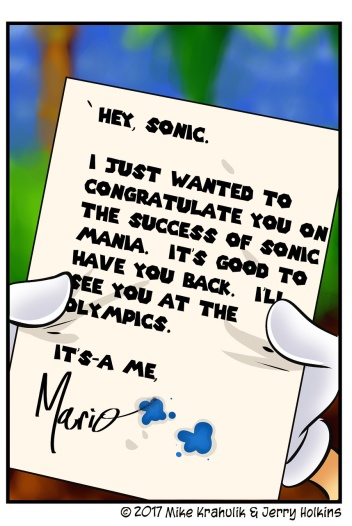 Sonic fandom is a robust and layered thing.

You need a source of energy, of psychic calories, to endure what they have endured. The good memories generated by a Puyo Puyo reskin or the explosive Sonic Adventure are as subject to entropy as anything else. There are some for whom it is a matter of identity, an anthro trojan horse driven deep into the consciousness of a nation. Some are simply very, very fond of the color blue.

For Galabriel, it's bound up in his pledge to an ancient order - he was a Servant of the Master System, and the Genesis inherited his fealty. Among other things, I'm told that it was a period where you had to actively claim that Mario games were not good. That… That seems like a tough position. But there's a lot to like in the new Sonic Mania, and it's on the Switch, which means you get to play it more than you generally would. A bunch of work on the game was also done by the fuckin' fan community. Shit's artisinal.

I'm gonna break down the latest session of my weekend D&D game I run for America's youth, as things got novel fairly quickly, but D&D seems to suffuse everything I do now. Prepare for the PAX West game of Acquisitions Incorporated with the two and a half hour podcast "Enter The Trash Witch" featuring Holly Conrad! As if that weren't enough, first episode of the new "C" Team arc "Anchors Aweigh" just started - it's on Twitch, podcast, to say nothing of the hallowed video halls of Yorab Tub: