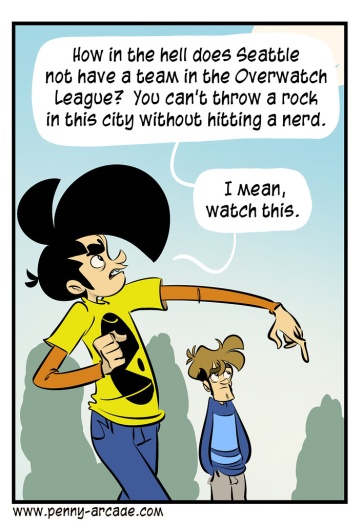 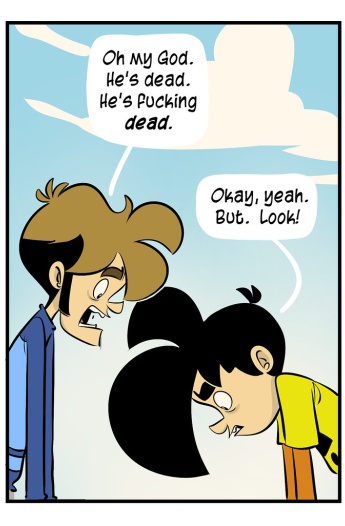 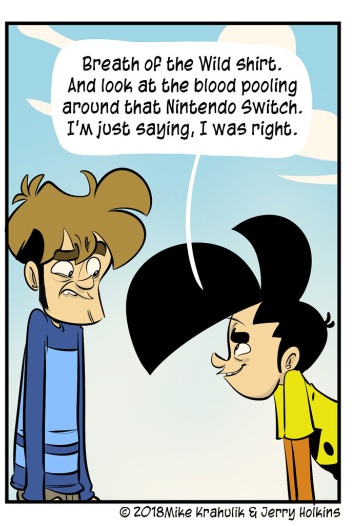 The vaunted Overwatch League manifests later today, five or so hours after I post this. I've been spending all my time trying to reclaim New York from the ravages of a manufactured disease and also from man who is the real monster, so this is the most Overwatchy I've been in a while.

We occasionally do an event at PAX shows called For The Watch, in fact, the first one we ever did was for Overwatch. It "looks" like eSports in the same way that Strip Search "looked" like a typical reality show. It's not meant to be serious in any way, shape, or form - and it's still a mass of interrelated moving pieces that all somehow scoot themselves closer to entropy. I am scared for them. I don't expect anything bad to happen, but if it did? That would be the expected outcome.

It's one of those things where if everybody is doing what they're supposed to and they have a profound run of luck and they avert crisis after crisis we'll never even know; I'm going to offer up whatever the Atheist equivalent of a prayer is for them. Maybe that's what this paragraph is.

If a town was gonna have a team, though, in the "new meta" where publishers found their own global leagues, it seems like Seattle would be right in the fucking mix. This is "extremely our shit." We'd be good at it. We even like Soccer here - that's how kooky and off-kilter we are. There's nothing we like more than appearing to be open minded.

Let us know. We're the town in the upper left, kinda.