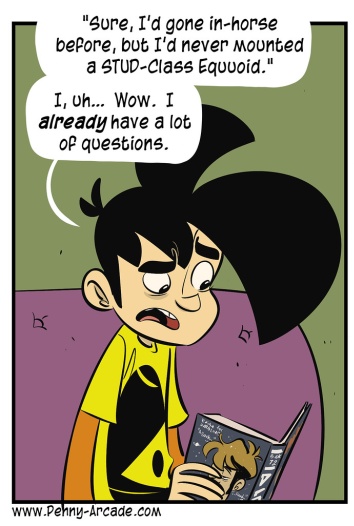 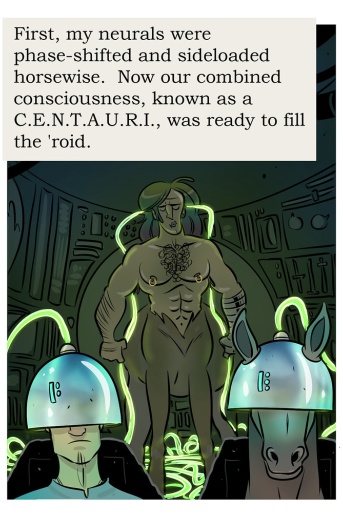 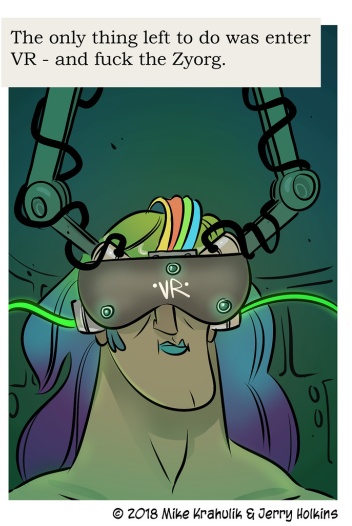 Cylas Bern licked the pad that granted access to The Stable. It knew him, knew his tongue, and the sliding panel in front of him retreated, deferring to its wisdom.

There were more doors, three, or perhaps four, depending on whether you thought a gate was another type of door or if it constituted a distinct class of mediating portal. The last door, or gate maybe, was that which lead to the Loft. This was the most secret and sacred of apertures and it was never left open on account of an old Earthward saying. Its occupants, a grab bag of dangerously hot knives, looked toward him and the door. Mostly the door. They waited for it to close and when it did so they exhaled with perfect synchronicity.

"Jesus," floofed Bern, collapsing into a pile of fresh hay. "I was hoping it wasn't."

"Fuck me, that sucks. I was hoping I was gonna come in here and be like 'Is it the Zyorg?' and you or somebody else was gonna say, 'No way.'"

"I wish I could, Cylas," said the Horse-Lord, because he knew him like that. But he pointed a pen in the direction of the Zyorg Detector, and it was going full blast and blinking like crazy.

Cylas Bern knew the sit-rep. He'd been there when C.E.N.T.A.U.R:I and C.H.I.M.A.E.R.A. were founded - and, as a member of C.H.I.M.A.E.R.A., he knew what made them tick. He was there when they decided that if they became a single discrete biomass they could have way fewer meetings and maybe Siobhan wouldn't eat other people's lunches out of the breakroom. If you want to know about C.H.I.M.A.E.R.A., or what it stands for, read DIAMOND HARD. I wrote a whole book about it and it's all in there.