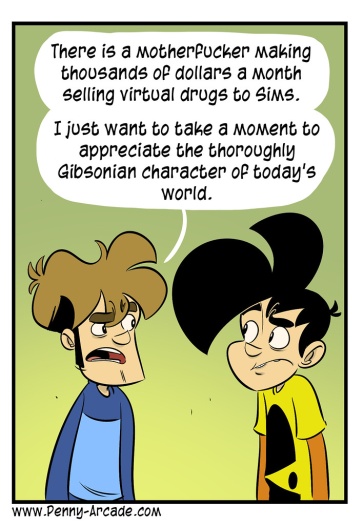 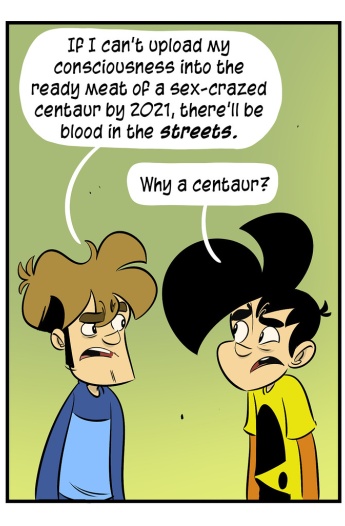 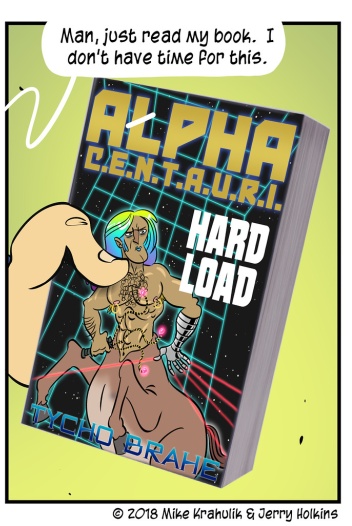 I have received requests for what C.E.N.T.A.U.R.I. stands for, broken out. The fact that we have readers who want this information, coupled with the fact that they know I have it, means that we have found each other. Think about what a bizarre configuration of the universe this is. In any case. Behold:

The mod we discuss in the strip is called Basemental Drugs, maybe it's not a good site to visit while in the work zone, but back when you could still see how much it was pulling in on Patreon they were clearing six gees. Selling virtual drugs to real people so they can give them to virtual people is on some real next level type shit. It reminds me of when Grubb was taking Dramamine to endure the virtumal realmz; science fiction has this territory at a very high level of resolution. Now it's just a race to see if we can get the Mars colony up before the Megacorps scorch every square inch of the Earth.

Gabriel and myself will be twitching this afternoon, starting at 2pm PST, but we don't know what game yet. Fable Fortune just came out, and it has a fresh twist like a martini. I've been wanting to play more Aegis Defenders, a beautiful platformy tower defensy type thing, but it's got co-op and every time I play it solo a voice tells me I'm doing it wrong. But they're doing another Scale Test for Sea of Thieves also, and, you know, it is installed…