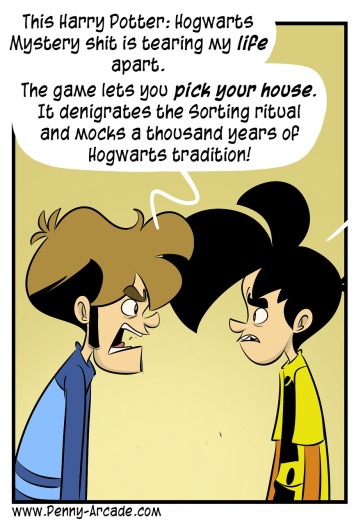 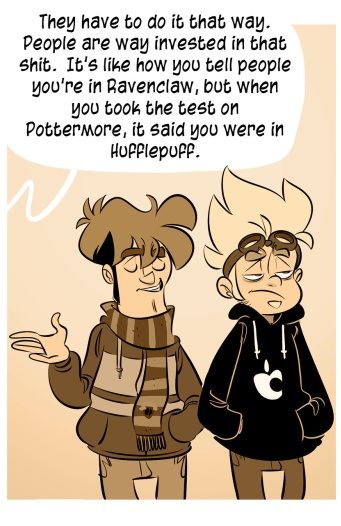 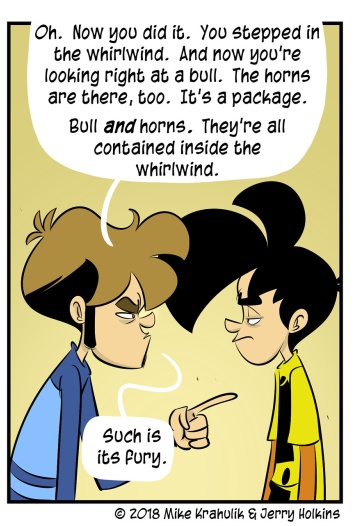 Glabrezu and I watched the trailer for Hogwarts Mystery with… I don't know what it was with. We like Harry Potter, but - to leverage grade school-native notation - we don't like Harry Potter. But we're down. We haven't left it behind.

I understand that they continued to make them, but after the fourth movie I didn't know what the point in watching them was. I already knew what was going to happen, so well in fact that when they deviated from it I was mostly just annoyed. I did like the whole Wrock thing, and I definitely consider myself a supporter of comprehensive mystical education for the youth; going to Universal's Hogwarts and Hogsmeade with my moist larvae was fucking amazing. I don't have any interest in making them vessels for my own motives or claiming credit for their accomplishments, but it is nice to take them somewhere and have them experience the correct and proper amount of awe, so that you might better approximate it - even in your ancient dessication.

It's really not a hundred percent clear what's going on in the game or what you're supposed to do. I'm not really sure it's gonna matter too much. My daughter Ronia is going absorb the game by some heretofore unknown chemical process. It's like me: I can tolerate a lot from a game about Sherlock Holmes. I could tolerate a Sherlock Holmes game that would occasionally, but thoroughly, puncture my cornea. I might even not remember to tell you about that part of the game. That's how transported I would be into the world Sir Arthur Conan Doyle so vividly imagined.

The fact that it's a fremium game is disconcerting, but I take some comfort in the idea that when we are financially devastated by it, I'll have several novel new writing topics.