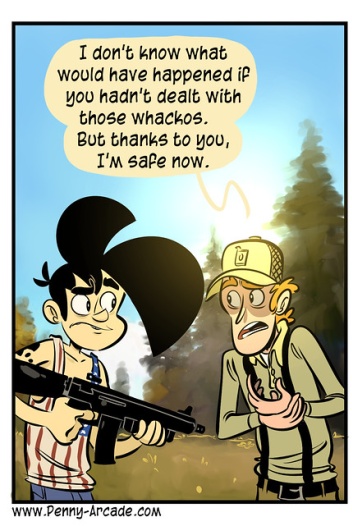 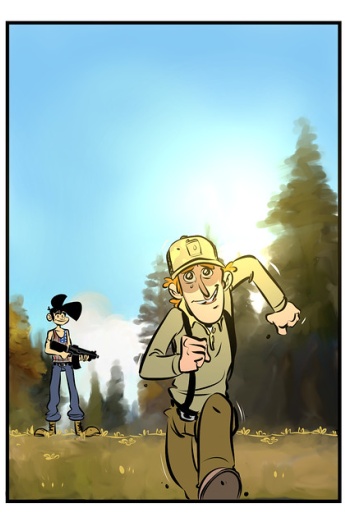 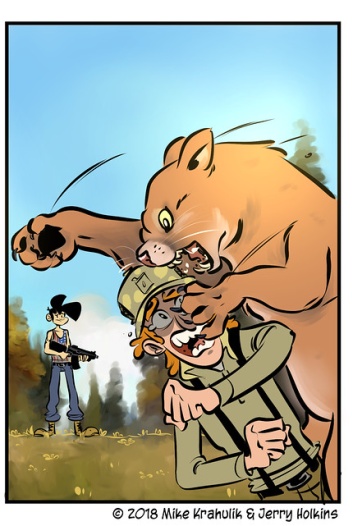 Far Cry 5's Hope County is a fallen place in desperate need of liberation, and one of the ways you know this is that occasionally a person will be tied up, muttering to themselves, and you can press X to LIBERATE them.

Of course, once they're liberated, they're free to be operated on by elaborate systems that sustain the game's world, which means that they have an opportunity to enjoy some "emergent gameplay."

It happens a nontrivial percentage of the time.

I'm not very far into it; it's hard to move forward when there is so much to the left and the right that sparkles with intensity. Plus, when you play with somebody in co-op, you progress your character but not the story. The main thing I've learned is that the game isn't really trying to say much or do much. People wanted it to say something, or do something, or they thought it was going to, or it said something different than they thought, and I haven't seen anything here to make me think that it's capable of being anything other than a really fun videogame.

For a videogame, this is a perfectly acceptable fate. I don't know if they've intentionally pulled some kind of punch. I don't know if - like the cancelled Rainbow 6: Patriots - it had been their intention to confront some massive ideas directly at some point. As I said, though, I don't see an effort to grapple with anything of substance here. It is so rigorously anodyne in its execution that I have to believe it's intentional.

I do know that I flew a seaplane for awhile with my friend in it, and even if it wasn't technically real it's the best thing that's happened to me all year.