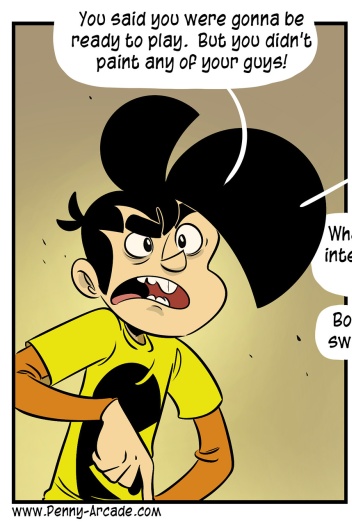 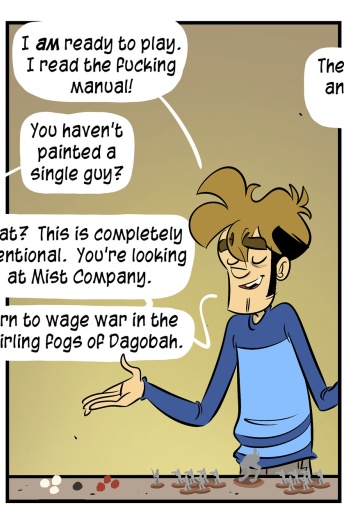 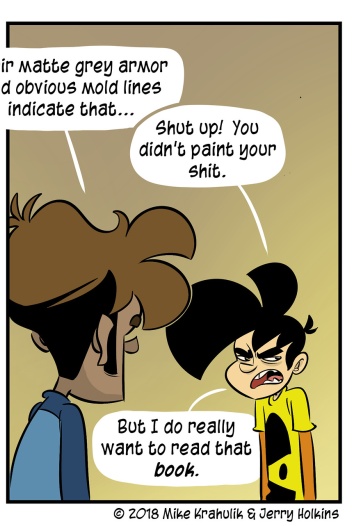 If I'm going to commit to a Wargame, it has to present itself to me as a place where stories happen.

It's not purely a function of lore, or "fluff," the story doesn't have to be a literal story but so many Wargames have so much great fiction underneath them that I can't be the only one who really wants to buy in to something like this. What I mean is that the systems that apportion time, define units, and regulate interactions have to render these abstractions in a way that feels narrative.

Infinity is a game that's especially good at both. The shit they've got going on with the Nomads, a rootless starfaring faction whose ships are defined by their unique cultures, is just incredibly well thought out. But the game itself manufactures little portents everywhere. Reacting to your opponent with actions on their turn is an assumption, in addition to a dice system that is engineered to extract the most drama possible - one that lets the scrubbiest kind of motherfucking scrub murder kings, if the stars allow. It all works to bring that galactic scale down a few desperate models.

There's a couple things in Star Wars: Legion that I think might lend themselves to interesting moments from my look over the manual. I might be butchering this a little, but I'm new:

Every one of your units - a fleet of speederbikes, a Sith Lord, a squad of Snowtroopers - have a token associated with the class of unit they are. You start the Round by drawing a card, and these cards allow you to issue orders to the number of units indicated on the card along with any other function asserted by the text. That's not super crazy. Here's where it gets novel: when you issue an order, you place that unit's token near to it. You can choose to activate that unit when you want to. The rest of the tokens? For everybody else you control? Those get placed face down and when you go to activate one of those units, there's no guarantee you're going to get what you wanted. Call it Fog Of War, call it Plans Not Surviving Contact With The Enemy, but that fragility of the command structure when forces meet is modeled in there. You can plan, but not completely. I find that interesting. There's more, too; but man. I think I'm done reading. I think I'm ready to roll some dice.

If you're kind of a nerd, and given what site you're currently reading it's not a completely ridiculous assumption, you might be the sort of person who reads rulebooks for fun. Well, they're all up on the site if you wanna be that motherfucker.