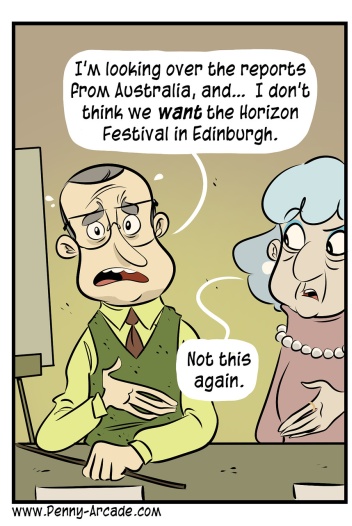 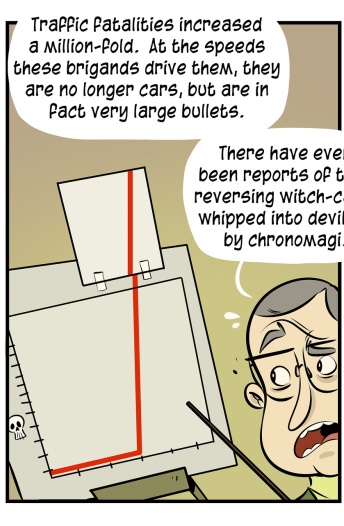 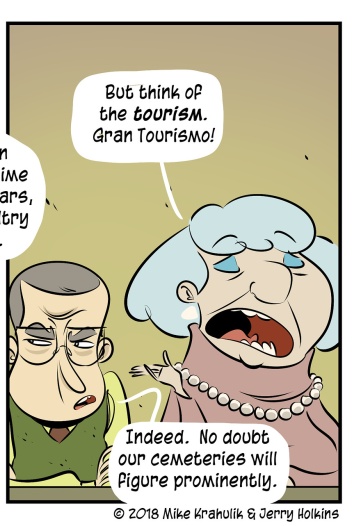 There is a lot about the Horizon Festival that probably seems very good at the time, but will eventually lead the kind of televised documentary with a lot of scary music that often flashes between full color and black and white very quickly.

As a videogame, fully ensconced within a simulation that cannot spill into a world where mortals share the roads with it, it's… hm. I've only played it on an Xbox One X, on the kind of television that understands things like HDR and 4k, and it's difficult to describe it without resorting to hyperbole.

(A sidenote. Being made to say or write "Xbox One X" is an imposition. To write it is to build a stable tower from silverware. To say it is to chew a mouthful of screws. But it is the most powerful console with the best controller ever made, so I have no choice but to endure it. Also, Forza Horizon 4 is on there. So.)

I've always preferred Horizon to stock Forza, not because Forza is bad but because Forza isn't as fun. For me. The reverence reaches a point of sterility for me. It's a credit to Horizon that I might take up base Forza and give it a spin on off years, just to try it, but Horizon is simply what racing mastery looks like. It comes down to developer Playground Games, which Microsoft recently acquired, and why wouldn't they. If you liked a racer in the last two decades, found one had a quirky voice or really spoke to you with its effortless understanding of the medium, I guarantee somebody on those teams works at Playground now. This is a kind of monastery dedicated to driving as a religion. You know there's a demo, right?

I remember when I saw the first Forza over at Microsoft, and I thought it was cute what they were trying to do, but naughty, attempting a coup on Gran Turismo. Now the spinoff of that franchise is the best racing game I've ever owned. Imagine that I am being measured in my praise with that statement. Because I am.