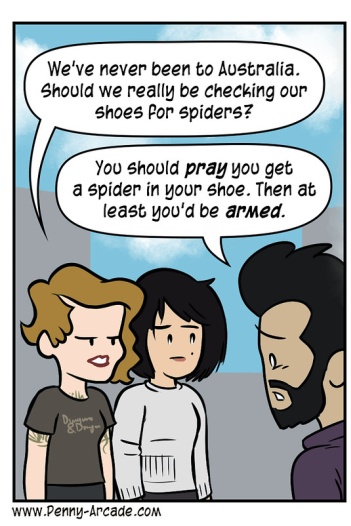 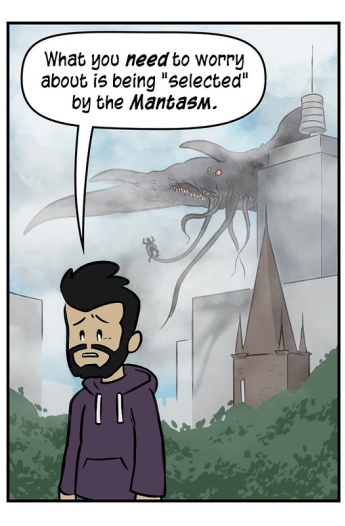 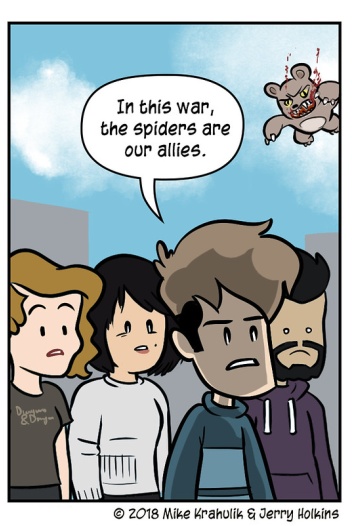 I'm in line at the airport, and I'm either on my way through security or being digested by a wholly new form of life. Speaking of which...

There are whole books about the thoroughly ambient, deeply lethal creatures that roam the streets and sock drawers of the Australian realm. Australians love to scourge the Outsider with tales of these beasts, of wars lost against savage birds, of tiny spiders deadly as the grave and massive spiders that are, somehow, no big deal. I had to communicate to Amy that the national sport here is not Rugby but Taking The Piss. I've never seen a single untoward creature here. In Melbourne and Sydney, at least. The most dangerous thing you're likely to encounter, don't laugh, are Uber Eats bicycle couriers. They make a time calculation between avoiding you and riding a hole through your body and occasionally your body loses.

I am feeling pretty tender psychologically after the trip, so it's possible that I might range further afield than usual and I apologize in advance. But there's simply no analogue for the kind of affection people offer us at this show and I have no natural defense against it. I have been at this a long time, twenty years next month, and as I have suggested previously this website - by which I mean the Internet - is a dangerous worksite by any objective standard. It is a place where cruel psychopaths demand civility, a place where a kind of shiftless myopia rules. PAX Aus, on an annual basis, just… gets my head right. The Australians I know are congenitally unable to receive a compliment that isn't immediately followed by a strategic application of the "c-word," but look. People thank us for bringing the show here; I mean, I can't accept a compliment either. But you gave the show a home. And me too, maybe. It's not something I take lightly. 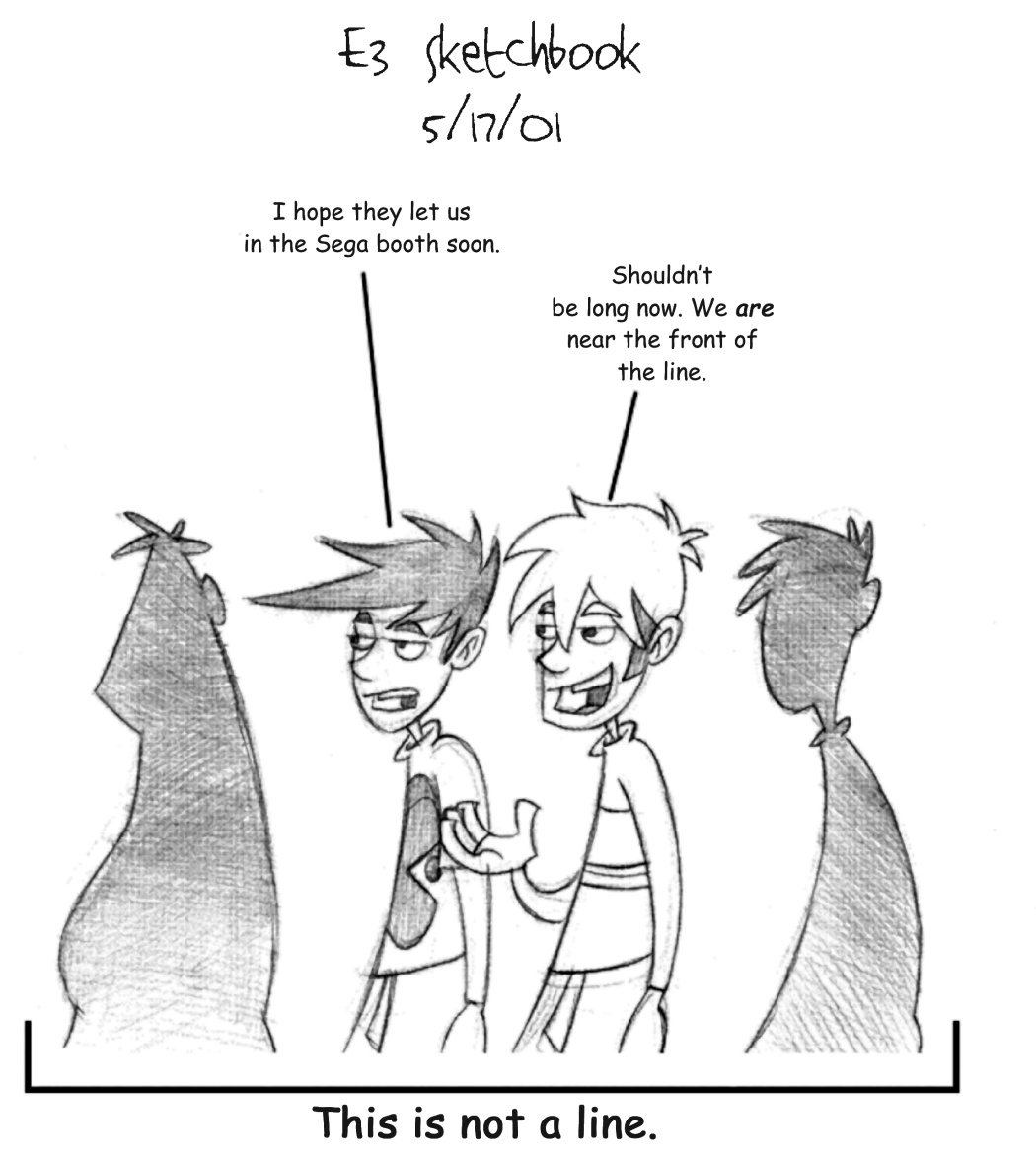