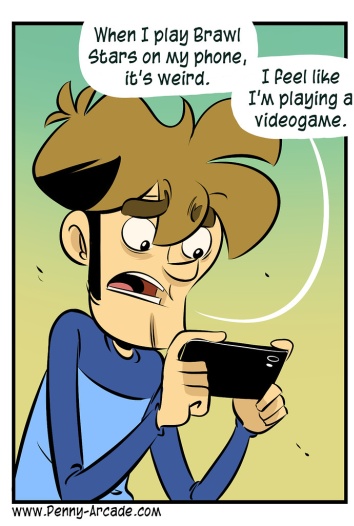 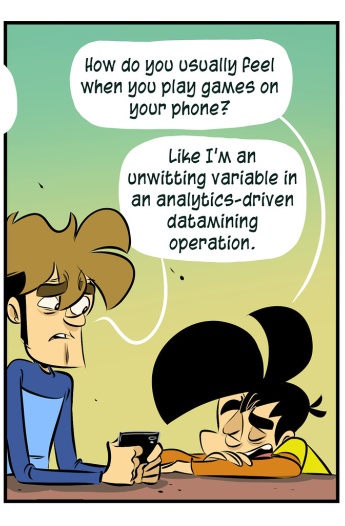 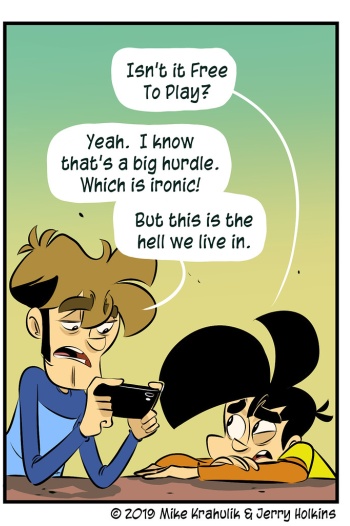 It was Ryan that first let me in on the Brawl Stars thing, then I got in there, and now Gabriel has invested himself in it and statistically lapped me several times.

It's free to play, yes, but I don't feel like I'm being shunted into some kind of greasy duct and rendered into broth at all which is novel. It has systems designed to encourage various kinds of behavior but it's not "energy" based, which I appreciate. They want you to play so that other players have someone to play against.

There are some pretty solid MOBAs on mobile, Paladins Strike and Vainglory felt like worthwhile investments to me, but I'm just not real interested in playing a first or third person shooter on my phone. I'm not saying they are Satanic by any means I'm just saying that they constitute a series of concessions I'm not interested in. There was a period of time where playing first person games on consoles wasn't awesome until games like Halo and TimeSplitters made it look easy, and maybe it'll get there for me eventually but if I'm gonna play a traditional shooter on a handheld device it's gonna be on a Switch until further notice. I'll happily tether it to my phone if that softens my rhetorical position.

Brawl Stars just feels like it belongs here, in this form factor. It's a top down, almost Gauntlet lookin' thing where depending on the mode you're solo, with a partner, or in a team. It's possible to play it skillfully within its own lexicon as your attacks all constitute "skillshots" of varied construction, it has interesting maps, and - this part may be the thing that keeps making my posts late - it has a variety of game modes that favor different segments of the roster. What a specific mode asks of the player, whether it's a sport-themed round, something more like a traditional Deathmatch, or keep-away style win conditions you should be thinking about who you're bringing in.

I read an article about how the game had made like ten million dollars in its first week, but it was less than their previous effort Clash Royale, and it ran a shiver through my whole deal. I can't even imagine what it would be like to generate ten million dollars and then have it be a disappointment on any axis. Optimally, for my own aesthetic foundations, games which are good, fun, and particularly in the mobile space humane will succeed. So… Brawl Stars, essentially.