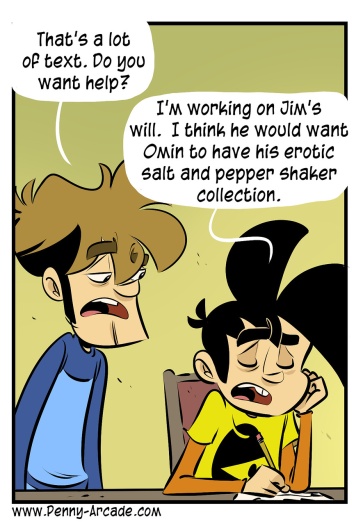 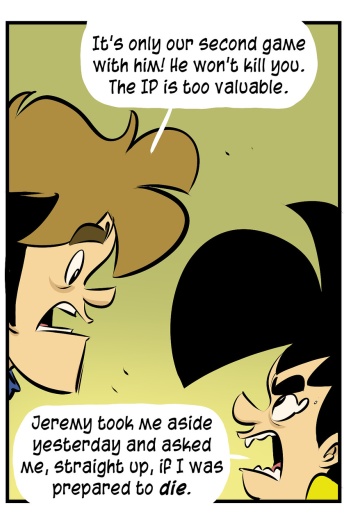 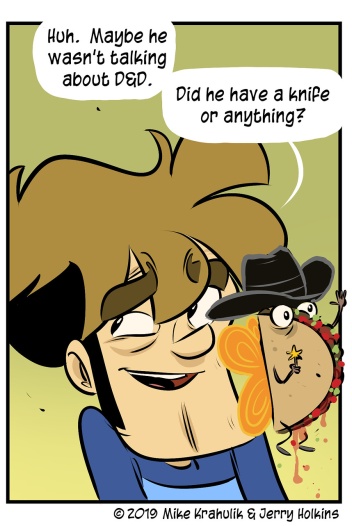 Seeing as the cliffhanger for the last Acquisitions Incorporated game at Unplugged had one Jim Darkmagic standing atop a small elevated stage while no less than six articulated saws tried to make his insides outsides. Coulda gone a couple ways.

Independent of actually watching him and knowing for yourself the level of fucking execution the man is capable of, Jeremy Crawford is Chris Perkins' DM. I feel like that is a very succinct way of establishing his credentials. But! We also had WWE Superstar Xavier Woods at the table. I got in trouble with Sony PR once because I didn't internally capitalize the word Playstation correctly. I can never remember it. Also: I can never remember if its "capital" or "capitol" and I have to look it up every time. I resented it. But I never hesitate when asked to fully type out WWE Superstar for a host of reasons. One, no doubt neglecting to do so would put me at odds with an ever-growing pantheon of martial god-men. Two, it's sufficiently ridiculous that merely typing it is a joy. Anyway, Xavier was such a fun addition to the table that I'm trying to tuck him into games now he isn't even slated for. We'll see. I don't even want to tell you what we got up to - you should just feast on the Twitch VOD.

For the PAX aficionado, their favorite PAX isn't merely a function of scale. We certainly have larger shows. We have we have PAX Aus, which we have previously established is demonstrably more southern even than PAX South. But it does have its own pace and density that result in a very good weekend. We had great concerts, hours and hours of live roleplay, you can eat real good at night around here, and then we capped the show off with a Beyblade battle, best of Fifteen battle between Shadowr1ku and Winyder that Winyder eventually took, but not before R1ku started strong and then mounted a vigorous comeback. You can catch a glimpse of that, if you're interested. I just watched it again. The show just has a distinct, welcoming identity and it was so good to be back.