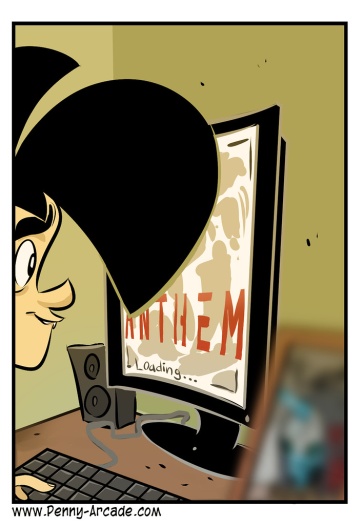 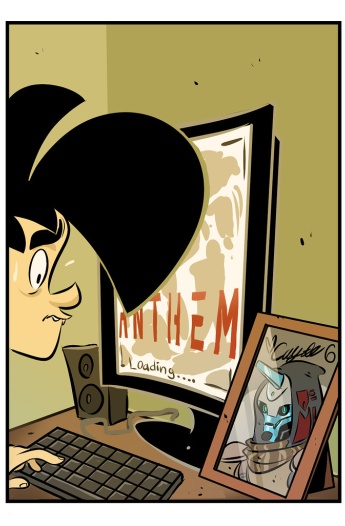 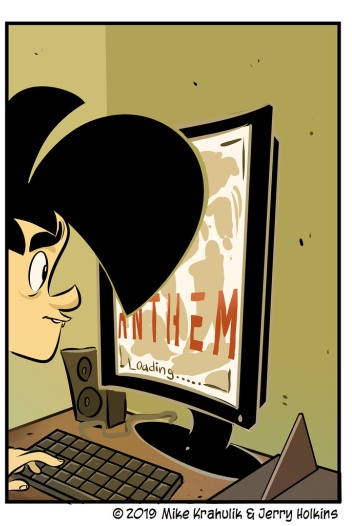 It's ironic, obviously, but I feel as though I've have done my job correctly when no words are required.

What I played was fine, enough to make me curious, but I'm not sure I'd stay on PC at launch. I never fully dialed in the flight but I suspect a nontrivial part of that is that it felt ill at ease on a mouse.

However you emerge from the demo experience, any conscious being naturally recoils from the comparisons pundits make regarding Anthem and Destiny. This reminds me a lot of when the people who are paid to generate takes set Overwatch and Battleborn against each other, even though one is a team shooter and one is a MOBA.

If you want to compare Anthem to something, do it correctly: Warframe or The Division would be far more robust tools for foreclosing discussion of anything that might be unique about the game. Both of those games are third person. Both, to varying degrees, externalize player capability into equippable items - whether it's a suit or another piece of technology. This means that all player time is crystallized into a single entity, as opposed to the more "class based" notions of MMOs past. Warframe is a better fit for Anthem's novel flight traversal, and The Division may be a better fit for its narrative aims, but who knows. There's not enough here to know. Drop rates, reward schedules… It's a demo they had to come out and officially apologize for. I don't know what's real and what isn't. I think the "Demo Weekend" has run its course as a consumer diagnostic tool.